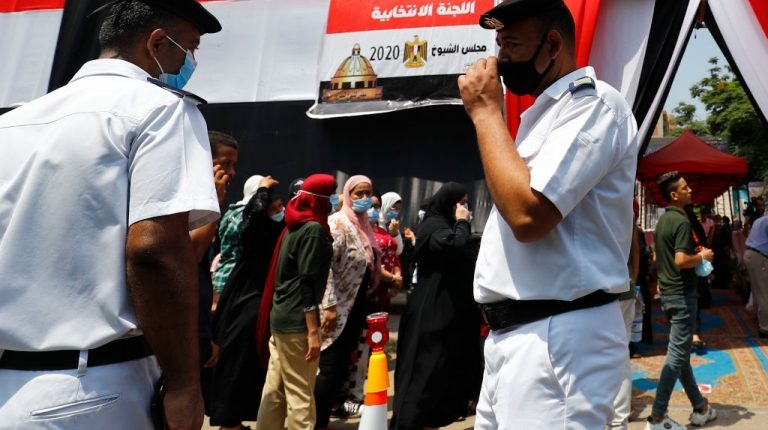 Egyptians started voting, on Tuesday, in the Senate elections amid tight security and precautionary measures due to the novel coronavirus (COVID-19) pandemic.

Voting will take place nationwide on Tuesday and Wednesday in 11,500 polling stations across the country.

Voters will be able to go to ballot stations between 9:00 and 21:00 local time, with the results of the election to be announced on Wednesday 19 August. The results will be published in the Official Gazette.

A total of 787 candidates are competing for seats in the 300-seat Senate, parliament’s second chamber. Two-thirds of the members will be elected via the individual candidacy and the closed party list systems, while the rest will be appointed by the president. The Senate’s term will last for five years.

A total of 63 million citizens are eligible to cast their ballot in the elections, which will be supervised by 18,000 judges and 120,000 employees.

The Egyptian Armed Forces and the Ministry of Interior have put in place tight security measures to safeguard the ballot stations and the electoral process.

Sterilisation of polling stations across Egypt took place on Monday, ahead of the Senate elections on Tuesday and Wednesday, the disinfection process will also be repeated as voting ends on Tuesday.