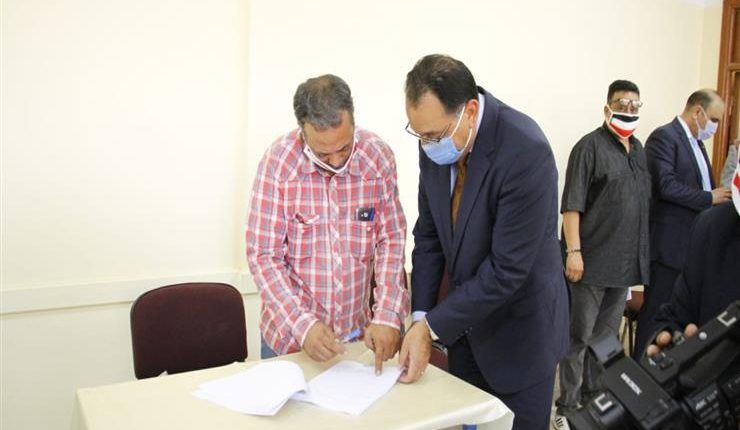 Egypt’s Prime Minister Mostafa Madbouly and other ministers headed to local polling stations, on Tuesday, to cast their votes in the Senate election.

Madbouly called on Egyptians to participate in the Senate polls, as the new legislative chamber will enrich the local political life.

Additionally, Minister of Trade and Industry Nevine Gamea said that voting is a national duty and a constitutional right for all Egyptians. She affirmed that the Senate has a significant role to play in bolstering the stability of Egypt’s parliamentary and political life, whilst helping the country achieve economic development.

Minister of Finance Mohamed Maait stressed that Egypt’s leadership and national institutions have succeeded in laying the foundations of political stability. They have also paved the way for unprecedented economic reforms, he noted.

Egyptians headed to vote, early on Tuesday, amid tight security and precautionary measures due to the novel coronavirus (COVID-19). The vote will take place over two days, on Tuesday and Wednesday, with polling stations to remain open between 9:00 and 21:00 local time. The official result will be announced on 19 August, and published in the Official Gazette.

A total of 63 million citizens are eligible to cast their ballots in the elections, with expatriates having

already voted on 9 and 10 August. About 18,000 judges and 120,000 employees are present at polling stations to supervise the electoral process.

In case a run-off election round occurs, it is scheduled to be held on 6 and 7 September for expatriate Egyptians, and on 8 and 9 September for Egyptians inside the country.

The Armed Forces and the Ministry of Interior have put in place tight security measures to safeguard polling stations and the election process.