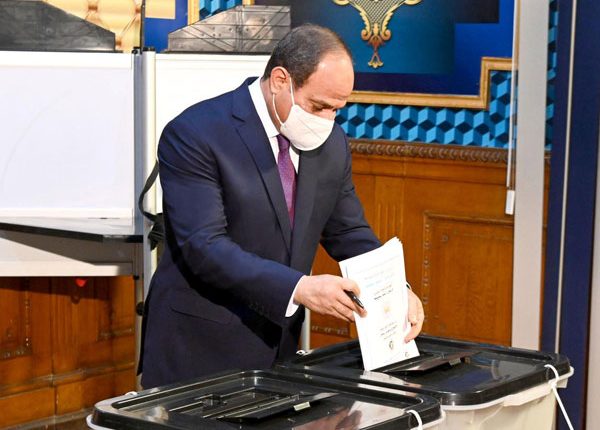 Egypt’s President Abdel Fattah Al-Sisi has cast his ballot in elections for the Senate, a presidency statement has said.

Egyptians headed to cast their vote at ballot stations, early on Tuesday, amid tight security and precautionary measures due to the novel coronavirus (COVID-19). The vote is set to take place nationwide on Tuesday and Wednesday at 11,500 polling stations across the country.

Polling stations will remain open between 9:00 and 21:00 local time on both days, with the result to be announced on Wednesday 19 August. The results will be published in the Official Gazette.

A total of 63 million citizens are eligible to cast their ballot in the Senate elections, with expatriate Egyptians having already voted via e-mail on 9 and 10 August. About 18,000 judges and 120,000 employees are supervising the elections.

The Armed Forces and the Ministry of Interior have put in place tight security measures to safeguard polling stations and the electoral process.