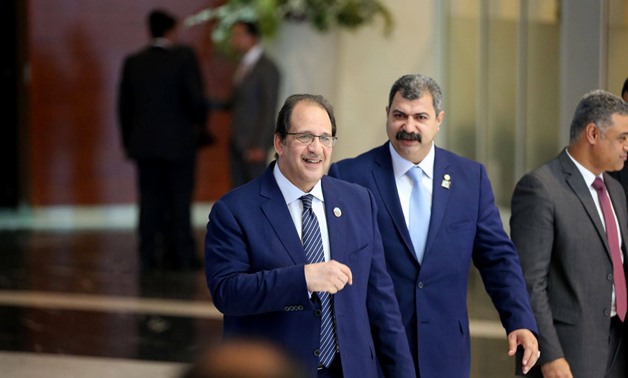 Egypt’s Head of General Intelligence Services (GIS), Abbas Kamel, held an expanded meeting with leaders and members of the Sudan Revolutionary Front (SRF) on Wednesday. During the meeting, the two sides discussed the final arrangements for a peace agreement between armed factions and Sudan.

The discussions came as part of Kamel’s visit to South Sudanese capital Juba, at the head of an Egyptian delegation.

The Republic of South Sudan is the sponsor of the Juba peace talks between the warring Sudanese factions. The meeting aimed to support the negotiations process, and invite all parties involved in the conflict to reach a comprehensive agreement and achieve sustainable peace.

Recently, the SRF has welcomed an invitation from the Forces for Freedom and Change (FFC) to hold a conference on reforming the coalition.

In a statement, the SRF said that “the invitation coincided with our decision to open dialogue with all parties that make up the FFC, and all other actors in the revolution”.

The SRF is coalition of rebel movements which was formed in November 2011 by the Sudan People’s Liberation Movement-North (SPLM-N) of the Two Areas, and the three main rebel groups in Darfur. The Darfur input came namely from the Justice and Equality Movement (JEM), the mainstream Sudan Liberation Movement under the leadership of Abdelwahid El Nur (SLM-AW), and the breakaway SLM faction headed by Minni Minawi (SLM-MM).