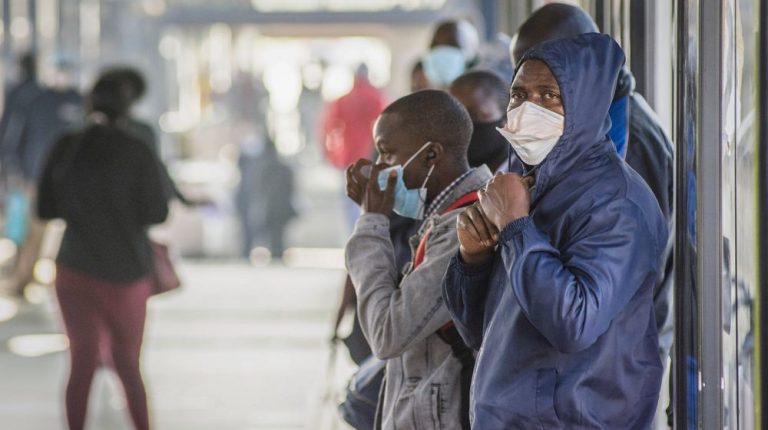 The minister, however, cautioned against drawing any conclusions from the significant decline in the daily COVID-19 infection rate.

As of Tuesday, South Africa reported a total of 566,109 confirmed cases, 2,511 of which reported in the previous 24 hours.
For several days, daily confirmed cases in the country have hovered around 3,000, compared with about 10,000 a week ago.
The recovery rate has also gone up to 75 percent.

The good news was encouraging but it doesn’t mean South Africans can let their guard down, Mkhize said in his update about the country’s response to the pandemic.

He urged South Africans to continue observing health regulations such as wearing masks, keeping social distance and washing hands with soap or sanitizer.

Mkhize indicated that the lockdown regulations might be further relaxed to ramp up economic activities.

He said the National Command Council is discussing different suggestions and proposals in this regard.

Also on Wednesday, the opposition Democratic Alliance (DA) called on President Cyril Ramaphosa to end the hard lockdown, including the “irrational” bans on tobacco and alcohol.

The tourism industry, schools, and borders need to be fully opened, the curfew lifted, and the state of disaster ended, the party said in a statement.

While South Africans should all continue to adhere to safety protocols like wearing masks, they need to pick up the pieces and start to rebuild their shattered economy, which has lost over a trillion rand (about $56.8bn) and three million jobs due to the lockdown, which was enforced on March 27, Steenhuisen said.