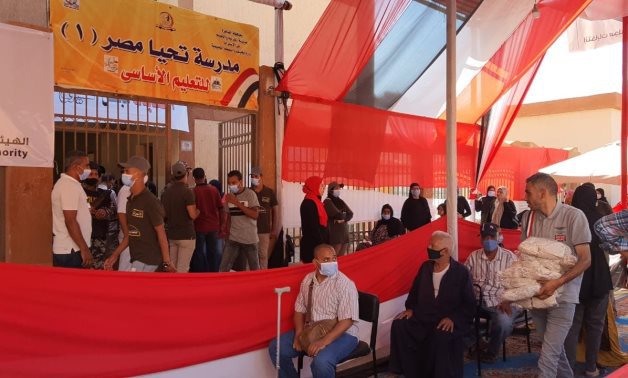 Egypt closed polling stations nationwide after the second day of the country’s first Senate elections, on Wednesday, came to an end.

The State Information Service (SIS) said that there was a lull in voting, despite strong competition, especially for individual seats. It also confirmed continued coverage of the elections by international media who were monitoring the electoral process across the country.

A total of 546 correspondents representing 163 media institutions were accredited by the Supreme Elections Commission (SEC) to conduct media coverage of the elections, the SIS said.

It indicated that most of the coverage focused on certain aspects of the proceedings, including the remarkable turnout of women and the elderly to cast their votes. This came amidst strict security and precautionary measures against the novel coronavirus (COVID-19), including the wearing of masks. It was also reported that there was a significant level of commitment to the electoral process from all parties.

No election related violations were detected on the second day of the Senate polls,

Mohamed Abdel Aziz, a member of the Coordination of Youth Parties and Politicians, said on Wednesday.

Speaking at a press conference, Abdel Aziz noted that no violations were recorded that impacted upon the electoral process. However, some individual candidates were found violating  electoral silence, which calls upon all candidates and parties to refrain from campaigning at least 24 hours before the start of polling.

Wednesday, compared to the first day on Tuesday.

About 63 million Egyptians are eligible to vote in the Senate elections, distributed across just

Senate elections. According to the final list, a total of 787 candidates were running in the individual system in 27 governorates for 100 seats.