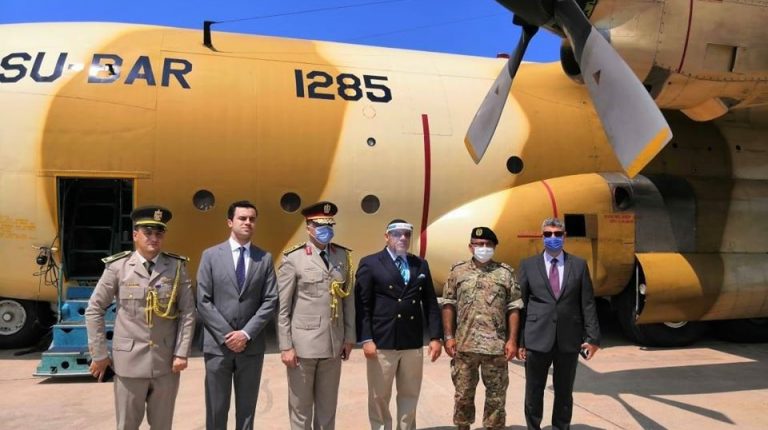 An Egyptian military aircraft carrying doctors and surgeons arrived in the Lebanese capital Beirut, on Saturday, to help in the treatment of those injured in the huge explosion which took place in the city’s port.

The aircraft was also carrying about half a tonne of medical and surgical equipment and supplies which the Egyptian medical team will be using during their mission in Lebanon, the MENA news agency reported.

The team, consisting of 21 Egyptian doctors and surgeons from Egypt’s top universities, will be hosted at health care facilities affiliated with the Beirut Arab University, MENA added.

Moreover, two other aircraft carrying 14 tonnes of urgent medical and relief supplies are also expected to arrive in Beirut on Saturday.

Earlier on Friday, Egypt’s Ambassador in Lebanon, Yasser Alawi, delivered 2 tonnes of medical aid and medicines to the Karantina Governmental Hospital. The delivery came as part of Egypt’s efforts to support the Lebanese people in the aftermath of the blast.

Meanwhile, the Egyptian Embassy in Lebanon announced that 12 Egyptian aircraft carrying 220 tonnes of urgent medical aid, relief supplies and foodstuff, will be dispatched to Lebanon over a period of two weeks starting from Saturday.

Since the deadly blast rocked the Lebanese capital almost two weeks ago, Egypt has set up an air bridge operation to provide humanitarian assistance to Lebanon. It has also sent several medical teams to assist in providing medical aid at Egypt’s field hospital in Beirut.

The deadly blast left 177 dead and injured 6,000, according to the latest figures from Lebanon’s Ministry of Health. The devastating blast has come amid a worsening political and economic crisis in the country, sparking angry protests that led to the government’s resignation.