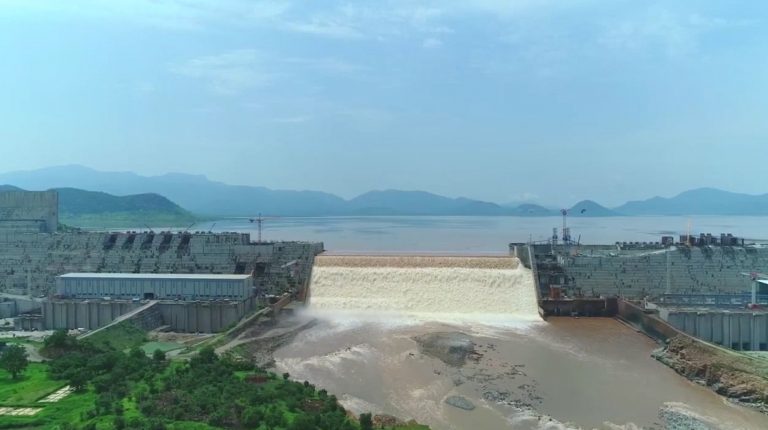 The talks between Egypt, Sudan, and Ethiopia which restarted on Sunday, regarding disputed points on the Ethiopian dam, have been adjourned to Tuesday.

The adjournment of the talks to 18 August is to allow the three sides to reach consensus on the points of contention.

Sunday’s meeting saw the participation of the Ministers of Foreign Affairs and Water Resources from the three countries involved, and was convened over the filling and operation of the Grand Ethiopian Renaissance Dam (GERD).

“All the parties to GERD have reaffirmed their commitment to the African Union (AU)-led trilateral negotiations, which will resume on 18 August,” South Africa’s International Relations Minister, Naledi Pandor, wrote on Twitter following the meeting.

Pandor, who serves as AU Commissioner, participated in the meeting.

Last week, Egypt expressed its readiness to resume the AU-sponsored talks on the GERD, on the bases of outcomes of the 21 July mini-summit, and the ministerial meeting on 3 August.

On Saturday, Prime Minister of Egypt Mostafa Madbouly and his Sudanese counterpart Abdullah Hamdouk stressed the need for continuing negotiations to achieve a legally binding agreement on the Ethiopian dam’s filling and operation. This would occur based on the 2015 Declaration of Principles, in a way that ensures fair use of water and no harm caused to any side according to the related international law.

During Madbouly’s one-day visit to Khartoum on Saturday, the two officials highlighted the need for reaching an effective and binding tool to settle conflicts between the three involved countries in the GERD issue. They both rejected any unilateral actions before reaching an agreement between the parties.

The current round of negotiations, which started on 27 July, is being observed by the AU Assembly Bureau, alongside representatives from AU member states, the US, and the European Union (EU).

Meanwhile, on Saturday, Pope Francis I urged the GERD parties to refrain from letting the dispute over the dam lead to conflict.

“I invite all parties involved to continue on the path of dialogue so that the eternal river will continue to be a source of life, which unites and does not divide, which nurtures friendship, prosperity, and fraternity and not enmity, misunderstanding, and conflict,” he said.