The Beirut blast was like “the bullet of mercy to a political system that has been dying for years,” said Dr L’emir Walid Jamil al Ayoubi, Head of the Political Science Department at the Lebanese University in Tripoli.

Al Ayoubi, who is also the founder of the “Revolution without Borders” political movement, has pointed to the warlords as “leaders of the militia community” who control the inner workings of the state.

He noted that they all bear the responsibility and consequences of the Beirut port blast that destroyed a vast swathe of the Lebanese capital, and shook the state both literally and metaphorically.

In an interview with Daily News Egypt, al Ayoubi said that the Lebanese state is on the brink of an abyss, with the authorities hardened in its dealings. A nationwide movement of revolutionary protests also began on 17 October 2019, after the failure of the Lebanese government in finding solutions to the country’s now dire economic crisis.

With the escalation of the events that brought us to the huge explosion at Beirut’s port, the revolution may now become militarised. The country now also faces the furnace of a potential civil war that will haunt the entire region, al Ayoubi said.

He noted that the calls, from some quarters in Lebanon, for the return of the French mandate, is evidence of the depth of the prevailing crisis in confidence between the country’s authorities and its citizens.

At the same time, it also indicates that there is no other option other than to announce the end of the country’s current sectarian system, in place since the Taif Agreement of 1989. Instead, a new regime is needed, including a new political and social contract that protects everyone, raises the value of the rule of law, and ends the influence of warlords.

How do you read the scene in Lebanon after the Beirut port explosion?

From a political perspective, the scene on the eve of the bombing was of a collapsing Lebanese state. It is the bullet of mercy to a system that has been dying for years, a system that has lost the ability to fulfil any of its obligations towards the Lebanese citizen, who is suffering from political and economic pressures. This has meant many people have lost their desire for life.

Who bears direct responsibility for the incident, which was felt as far away as neighbouring capitals?

I think that the explosion shook all capitals of the world, not just the capitals of neighbouring countries. Perhaps it shook their conscience, meaning those in control of the political scene. As for the one responsible, it is the deep state.

What do you mean by “the deep state” here?

I mean the sectarian-political-financial-security complex, through which the warlords and sect leaders, or what is known as the militia bourgeoisie control all the joints of the state. The public authority has lost its sovereignty over its institutions.

How do you see the “Day of Judgment” demonstrations that have recently taken place?

The scene is symbolic. It is evidence of the street’s dissatisfaction with the political and sectarian elite controlling the scene. It is also a reminder that the revolution is adhering to the peaceful struggle against power.

What is the significance of the Foreign Ministry’s fall at the hands of the demonstrators?

Will Lebanese President Michel Aoun’s promises on the explosion investigation and the call for early elections calm the street?

Trust is lost in all components of the government, and it cannot be restored overnight. As for the relationship between calling for early elections and calming the thoughts of the “street”, it has no effect at this level. The elections require the enactment of a new electoral law outside the sectarian regime, a law for parties outside the sectarian restriction, and administrative divisions consistent with the concept of national integration.

When you see Lebanon now, do you worry that the civil war’s wounds will be reopened?

Certainly, the Lebanese state is on the brink of an abyss, and the authority is hardened in its dealings with the revolutionary movement that began on 17 October 2019. This may lead to the revolution’s militarisation, which will see the country enter into the furnace of a civil war that will haunt the entire region.

French President Emmanuel Macron’s recent visit provoked mixed reactions. What are your views on his visit?

It was positive from an emotional perspective. Regarding the political point of view, France views Lebanon as Francophone cultural base in the Eastern Mediterranean. Since the first spark of the Arab Spring and the politics of creative chaos, it has witnessed a regional and international struggle over its oil and gas resources, in which France is an integral part.

What is your response to President Macron’s call to reform the Lebanese political system?

In principle, the initiative is positive, but he has not yet informed us of the merits of his proposal. The revolution seeks to rebuild the state on non-sectarian foundations, and giving the regime power until next September is an indication of the initiative’s seriousness.

How do you view calls from thousands of Lebanese citizens for the return of French mandate?

These calls express the extent of the frustration of the people, and the depth of the prevailing crisis of trust between the authority and the citizen.

What do you say to the outcomes of the Paris donors’ conference?

What Lebanon suffers from is the result of many factors converging, the most prominent of which is the curse of geography. The second is a result of the corruption of the dominant class in the country, which has negatively affected the position of the donors towards supporting Lebanon.

The third is a result of the influence of external factors, represented today in the international conflict in the region. Lebanon has had a large share of this conflict in recent times, through Iran’s domination of war and peace in the region, which has caused deep political rifts in Lebanese society. This, in turn, has meant the country’s authorities have lost their neutrality, and thus their ability to attract sufficient international support. 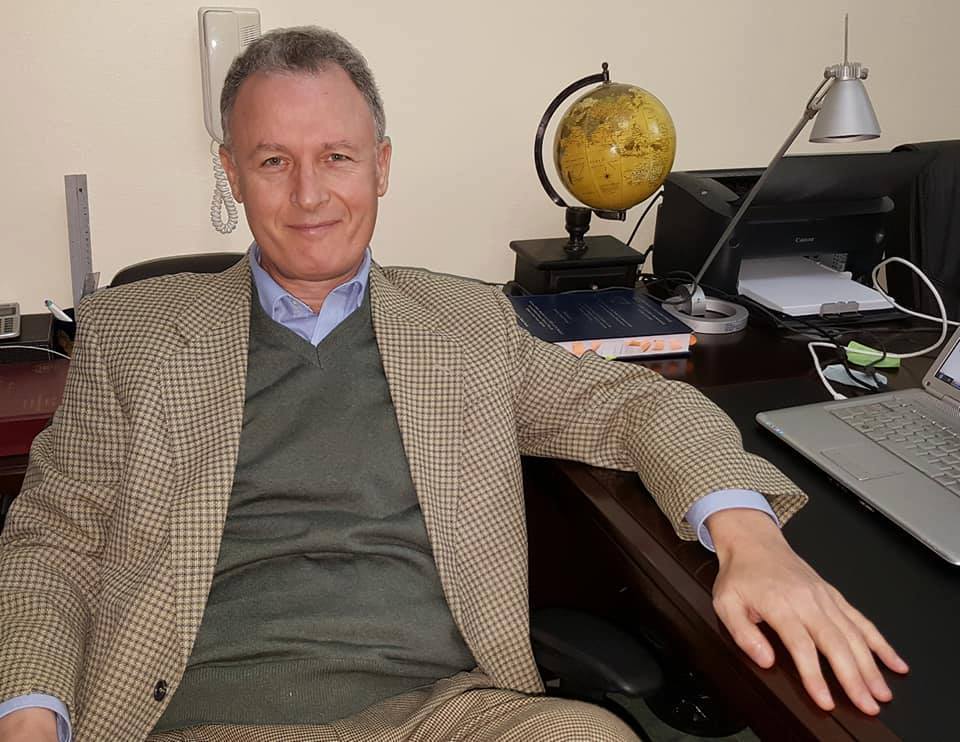 What is your view on Turkey’s attempts to take advantage of Lebanon’s recent crises?

Will the current crisis and international attention to it successfully curb Iran’s influence and Hezbollah’s role?

How do you read [Progressive Socialist Party leader] Walid Jumblatt’s statements that the political class has become a thing of the past and that the time has come for change?

[Walid] Jumblatt’s coexistence with the ruling system since the Taif Agreement was motivated by political realism. On the other hand, the statement is a receptive political reading of the political and geopolitical transformations that the region will witness.

What do you mean by the region’s political-geopolitical transformations?

I refer to the internal political dynamics that will result from the demise of ruling political leaderships, and the solutions of new ruling leaderships. As for the geopolitical transformations, they indicate the increasing possibility of the division of the “Sykes-Picot division”, that is, the creation of new political entities and the disappearance of others.

What is your view on the Arabs’ role in Lebanon since protests began last October?

Regarding the humanitarian aspect of this role, it is constructive. But the other aspects, especially the political and economic ones, are ineffective. We were expecting much in the way of regional support for Lebanon.

What is the future of the Lebanese sectarian system in its current state?

This system has expired. The economic, financial and social collapses that Lebanon recently witnessed, and the resulting turmoil at all these levels, which reached a climax with Beirut blast, have lost the ruling political system and its members of any political and moral legitimacy. This established a profound shift in collective political consciousness.

What do you see in former Prime Minister Hassan Diab’s announcement of the government’s resignation?

The resignation was overdue. [Diab] had to announce his resignation before the blast, as he blamed others for waiting so long, while he waited that long himself. The resigning prime minister is an integral part of the system that [currently] dominates the country, and has nothing to do with the revolution, which he expressed his bias towards in his resignation speech, neither from near nor from afar.

What are the consequences of the government’s resignation?

From a realistic perspective, the decision belongs to the parliamentary majority, and it is in the hands of Hezbollah and its allies. But the revolution is determined to continue its peaceful struggle to form a government, with a leadership that transcends sectarianism and existing partisans. It should be a leadership capable of helping Lebanon as it works to achieve political stability.