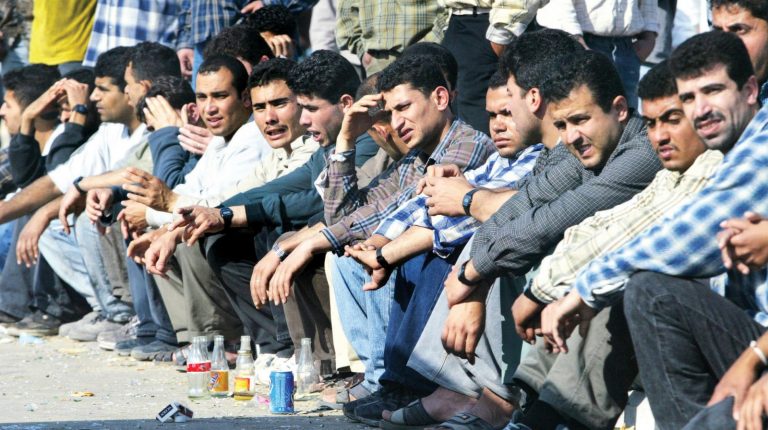 The Central Agency for Public Mobilization and Statistics (CAPMAS) announced, on Monday, that Egypt’s unemployment rate rose slightly to 9.6% during the second quarter (Q2) of 2020.

CAPMAS attributed this rise in the country’s unemployment rate to the repercussions of the novel coronavirus (COVID-19) pandemic.

The government-implemented precautionary measures that saw schools and international air traffic suspended, as well as the partial closure of shops, and public transportation closed during a night-time curfew, were just some of the measures that have affected the local economy.

Mohamed Abo Basha, Head of Macroeconomic Analysis at EFG Hermes Holding, told Daily News Egypt, that the latest unemployment figures are not a large hike in comparison to other countries in America and Europe.

He added that other countries have witnessed higher hikes in unemployment rates, as they had to impose tougher lockdown measures due to the pandemic than Egypt.

“Egypt did not impose a total closure, but rather a partial closure with a curfew, which resulted in a relatively small increase in its unemployment rate,” he said, “Additionally, some sectors, including construction, industry, and agriculture, have not been affected largely, while the most affected sectors were the services sector, so this results in an unemployment hike which is not as large as that which was witnessed in other countries.”

CAPMAS explained that the size of Egypt’s workforce reached 26,689 million employees during Q2 of 2020, compared to 29,008 million employees during Q1, reflecting a decrease of 8.0%. The agency pointed out that the urban labour force reached 11,817 million individuals, while in the countryside it reached 14,872 million individuals. Egypt’s male labour force currently stands at 22,746 million, whilst the female workforce stands at 3,943 million.

CAPMAS noted that the decline in workforce numbers can be attributed to the pandemic, which has lead to both job losses, and a general dip in job opportunities.

CAPMAS added that the percentage of unemployed people with intermediate, upper-intermediate, university degrees and postgraduate degrees decreased to 69.2% in Q2 of 2020, compared to 85.0% in Q1.

CAPMAS explained that the number of workers receiving cash wages reached 18,306 million, or 75.9% of the total employed, of which 15,782 million are male and 2,524 million are female.

The agency added that the number of self-employed workers who do not employ others has reached 2,662 million, of whom 2,438 million are male workers and 224,000 are female. This segment represents 11.0% of the total.

The number of workers contributing to unpaid work, or projects within the family, reached 1,056 million workers. Of this, 565,000 were male and 491,000 were female, representing 4.4% of the total employed.

According to CAPMAS, agricultural and fishing activity achieved the largest participation rate of workers in economic activities, as the number of workers in this sector reached 5,053 million. Of this number, 4,513 million were male and 540,000 were female, representing 21.0% of the total employed.

Abo Basha mentioned that it will take at least 12 months, if not longer, for Egypt’s employment rate to return to pre-coronavirus numbers. He stated that it depends on how the virus develops, and if there is a new wave or not.

“As we have witnessed locally and globally, even if business movement returns and there is an increase in sales rates, the demand is not at the same levels as witnessed before COVID-19, which explains why most employers will be unable to take on new employees,” Abo Basha said

As an example of this, he highlighted Egypt’s tourism sector which remains far below its pre-coronavirus levels, despite the reopening of the country’s airports and hotels to local and international tourists.

With considerably less revenues coming in, hotels will be unable to take on new employees and, in turn, will not be able to operate with the same size of work force as pre-coronavirus. Abo Basha noted that that this low financial turnover and inability to take on new staff affects all other sectors in Egypt.

He added that the Egyptian economy may recover faster due the government not having imposed a complete lockdown. Despite some degree of economic activity permitted in the recent past, the local economy still faces uncertainty in the coming period, dependant on how the coronavirus develops.