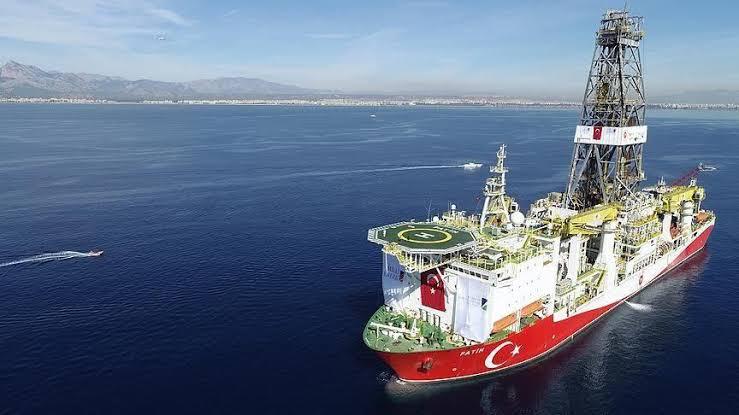 The European Union (EU) urged Turkey, on Sunday, to “immediately” stop its gas exploration activities in a disputed area of the Eastern Mediterranean. Turkey’s actions have caused a considerable rise in tensions with other countries in the region.

The call came after Ankara said it planned to extend its search, by drilling off the southwest coast of Cyprus starting from next week.

“This action runs counter and undermines efforts to resume dialogue and negotiations, and to pursue immediate de-escalation, which is the only path towards stability and lasting solutions, as reiterated by EU foreign ministers last Friday,” he added.

“I call on the Turkish authorities to end these activities immediately and to engage fully and in good faith in a broad dialogue with the European Union,” Borrell stressed.

Speaking to Daily News Egypt, Ambassador Mohamed Abdel Hakim, former Assistant Minister of Foreign Affairs, said, “Turkey’s actions in the Eastern Mediterranean region are a flagrant violation of international law on the one hand, and the United Nations Convention on the Law of the Sea for 1982 on the other hand.”

He noted that Egypt has condemned the Memorandum of Understanding (MoU) signed between Turkey and Libya’s Government of National Accord (GNA) on the former’s gas exploration in the Mediterranean. The MoU violates the 2015 Skhirat Agreement, he added

“Egypt had sent a letter to the Security Council, confirming its total rejection of the Libyan-Turkish two memoranda of understanding, calling the UN not to recognise any dependencies on the border demarcation agreement,” Abdel Hakim said.

As for the military and security agreement, Egypt’s letter asserted that it is a flagrant violation of the Security Council resolutions, with caution in supplying weapons to Libya, he added.

Abdel Hakim also asserted that Turkey is acting like a bully in the eastern Mediterranean region, violating the sovereign rights of Cyprus and Greece’s territorial waters.

He noted that Turkey is also violating international laws by sending exploration ships  accompanied by military ships in order to offend the international community. The former minister noted that he anticipates economic sanctions will be imposed on Turkey at the next EU Foreign Minister meeting.

Earlier this week, Turkey’s President Recep Tayyip Erdoğan announced that his country “will never bow to banditry on our continental shelf, nor will we pull back in the face of sanctions and threats”.

In the statement carried by Turkish state television, Erdoğan also announced that his country will continue the exploration operations in the eastern Mediterranean until 23 August.

Late on Saturday, the Turkish navy issued a statement announcing that it will be expanding gas exploration work. The drilling ship, Yavuz, which has been positioned off Cyprus for the past few months, will explore off Turkey’s southwest coast between 18 August and 15 September. The Turkish statement also warned against sailing in the search area.

Turkey’s actions in the Mediterranean have put it at loggerheads with its uneasy NATO ally Greece and the rest of the EU. Last week, France announced it would bolster its presence in the region, in support of Athens.

Dr Tarek Fahmy, Professor of Political Science at Cairo University, told Daily News Egypt that Turkey’s expansion in the Mediterranean region aims to show its objection to the maritime demarcation agreement between Egypt and Greece.

On the other hand, Turkey announced its willingness to negotiate with the countries of the Eastern Mediterranean region, excluding Cyprus.

Fahmy explained that Turkey’s dispute is not with Egypt, but that this expansionary step is a blow, in particular against Greece and Cyprus, as Turkey wanted to preserve its economic position.

Fahmy asserted that by expanding exploration work, Turkey aims to become a financial and political centre and support the legitimacy of Erdoğan’s ruling party.