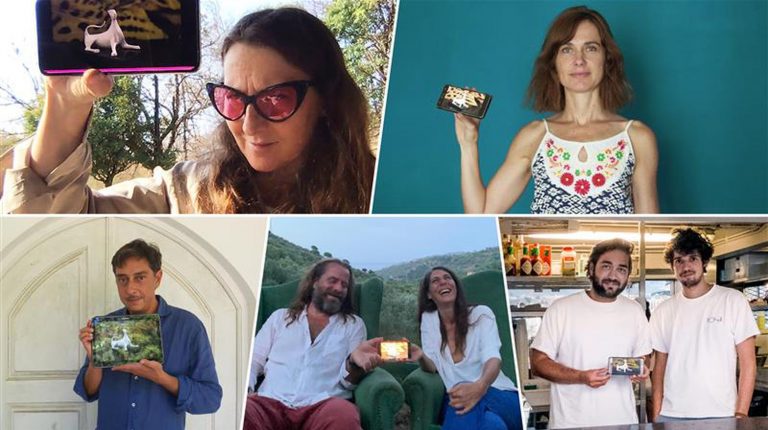 Two female-led productions from Switzerland and Argentina have won top awards for films halted by the novel coronavirus (COVID-19) crisis, the Locarno Film Festival has announced.

The international jury for the festival’s “The Films After Tomorrow” competition section, made up of Nadav Lapid, Lemohang Jeremiah Mosese and Kelly Reichardt, picked out Chocobar. Directed by acclaimed Argentinian filmmaker Lucrecia Martel, Chocobar is a political documentary that takes its cue from the 2009 murder of land rights activist Javier Chocobar to investigate aspects of colonisation and native culture.

The jury of the Swiss selection, composed of Mohsen Makhmalbaf, Alina Marazzi and Matías Piñeiro, awarded another female director, Marí Alessandrini, with Zahorí, also set in Argentina. The Swiss production follows an unlikely friendship on the Patagonian Steppe between a 12-year-old girl of Ticino origin and an old Mapuche man.

Both Martel and Alessandrini’s productions won the top prize of CHF 70,000 each.

In the international selection for Campari Award, a special jury prize worth CF 50,000 went to the film Selvajaria (Savagery) by Miguel Gomes. Freely adapted from the novel “Rebellion in the Backlands” by Euclides da Cunha, the film gives account of the late 19th century military campaign of the newly-formed Brazilian Republic against the tiny settlement of Canudos.

The Swatch Award for the most innovative project was won by De Humani Corporis Fabrica (The Fabric of the Human Body), by Verena Paravel and Lucien-Castaing Taylor. A political and philosophical documentary, it focused on the delicate issues of bioethics raised by new technologies in medicine.

Among the projects in the Swiss selection, the SRG SSR Award, consisting of a TV advertising campaign worth CHF 100,000, was awarded to LUX, a documentary about the Swiss army by young filmmakers Raphaël Dubach and Mateo Ybarra.

The winners in the different categories reflect the verdict for the flagship section of this special edition of the Locarno Film Festival. It was conceived as a way of confronting the challenges imposed on the cinema industry by the global pandemic, with the festival now coming to a successful close.

The pictures that tell the story of Locarno 2020 are unlike those from any other edition. Gone this year, is the collective embrace of the Piazza Grande and the glamour of international film stars. At the same time, however, this was the year in which the festival opened up to a truly global audience, with its first ever online programming.

It has been a year of solidarity, too, with the projects in “The Films After Tomorrow” and those which, like “Closer to Life”, organised on behalf of independent film theatres, one of the film industry sectors worst hit in recent months.

A year in which the filmmakers of the future took centre stage, the Pardi di domani short films section was followed enthusiastically both online and in theatre. Some Swiss directors were able to present their films to the audience physically.

The main prizes for the Pardi di domani went to I ran from it and was still in it by Darol Olu Kae, in the international competition, and to Menschen am Samstag (People on Saturday) by Jonas Ulrich in the Swiss competition.

But this was also a year when the focus on reassessing the past was equally sharp, with landmark titles in festival history and the rediscovery of the event’s extensive archives.

Last but by no means least, this was a year when cinema buffs experienced the joy of going to the films again, either through the Secret Screenings, in the cinema of wide open spaces seen in the festival’s opening-night film First Cow by Kelly Reichardt. It was also evident in the unprecedented experience of lockdown, relived in the short films that make up the Collection Lockdown by Swiss Filmmakers.