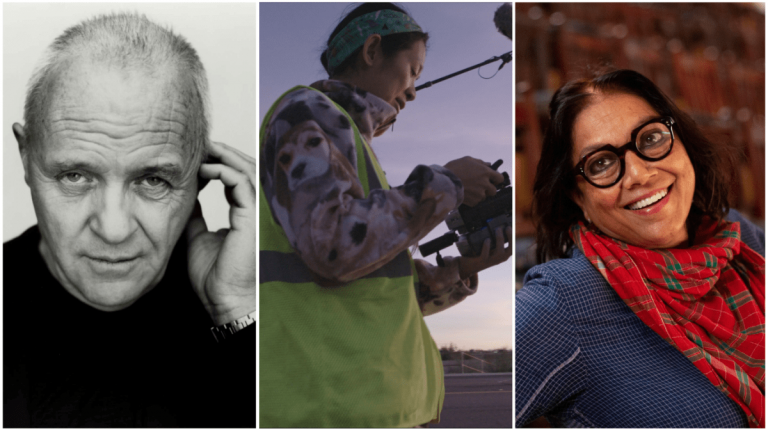 The Toronto International Film Festival (TIFF) has announced that television audiences can tune in to its 2020 Tribute Awards, to be broadcast on 15 September.

The awards come as part of the festival’s 45th edition, as a measure to engage the audience during the novel coronavirus (COVID-19) crisis.

This year’s awards honour the film industry’s outstanding contributors and their achievements. They look to recognise leading industry members, acting talent, directorial expertise, new talent, and a below-the-line artist and creator, the festival said in a press release.

“In what has been a challenging year for our global filmmaking community, we’re delighted to partner with Bell Media to unite cinemagoers across Canada, and around the world, to share in our love of film and celebrate the industry’s leading talent,” said Joana Vicente, TIFF Executive Director and Co-Head.

Moreover, Randy Lennox, President of Bell Media which will produce the ceremony for TV, said “Featuring incredible career retrospectives along with appearances by extraordinary talent, we’re thrilled to be working with the TIFF team to create the inaugural broadcast of the 2020 TIFF Tribute Awards for viewers in Canada and around the world.”

With a career spanning over 60 years, Hopkins has starred in films including The Bounty, Howards End, Hitchcock, and the Thor series. He won an Academy Award for his role as Hannibal Lecter in The Silence of the Lambs, and was nominated for four other Academy Awards for his roles in The Remains of the Day, Nixon, Amistad, and The Two Popes.

Vicente said Zhao’s upcoming film, Nomadland, reminds the audience that cinema has the power to connect us all no matter how far apart we might feel.

Zhao was born in Beijing, China, and was raised between her home country and the UK. After moving to the US, she studied Political Science at Mount Holyoke College and film production at New York University (NYU).

Her debut feature film as a writer, director and producer, Songs My Brothers Taught Me, premiered at the 2015 Sundance Film Festival. It also screened in the Directors’ Fortnight section at the Cannes Film Festival, where it received a nomination for the Caméra d’Or Award for best first feature.

Vicente said Nair’s brilliant adaptation of A Suitable Boy acts as a testament to her extraordinary talent for authentic storytelling.

She added, “Mira’s passion for creating impact through film and storytelling, coupled with her masterful cinematic style, extends far beyond the screen, and resonates through her deep commitment for talent development in the US, East Africa, and India.”

Nair is an Academy Award– and BAFTA-nominated filmmaker who has directed numerous films, including Mississippi Masala, the Venice Golden Lion–winning Monsoon Wedding, The Namesake, and Queen of Katwe.

Her first film, Salaam Bombay!, won the Caméra d’Or at Cannes in 1988, and was nominated for the Academy Award for Best Foreign Language Film. It also won the BAFTA Award for Best Film Not in the English Language.