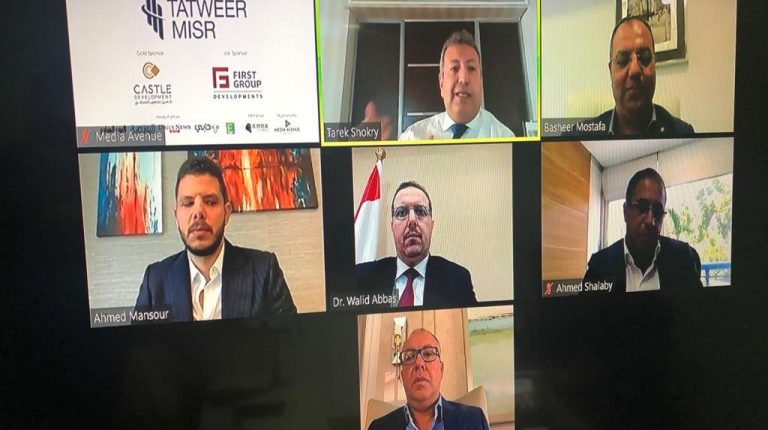 Egypt’s property investment map is set to change in 2021 as some companies will be unable to continue in the market, according to Amgad Hassanein, Managing Director at the Housing and Development Real Estate Investment Company (HDRIC).

During the Think Commercial Round-table 4, on Tuesday, Hassanein added that the country’s real estate market has witnessed a growth of 15%-20%. This growth comes on the back of the Egyptian government’s 2016 decision to float the local currency, and covers the period until the start of the novel coronavirus (COVID-19) pandemic.

He expects the local market will continue witnessing growth in the post coronavirus period, but with a change in the map of local property market players following the global health crisis.

Hassanein said, “We must know the current position of reconciliation on building violations decision and determine timing of return of developers who have licences to work on their projects again.”

He said that the New Administrative Capital (NAC) is the natural alternative to expanding in Egypt and eliminating informal settlements in the country. He pointed out that Egypt has supply and demand, but faces the challenge of reconciling the two, which can be done through mortgage financing.

Hassanein highlighted that property remains a safe investment haven and as a safe store of value. The problem facing the sector now, however, is the crisis in liquidity and the general citizen desire to retain it.

He called for further activation under the Central Bank of Egypt (CBE) initiative providing mortgage finance for middle-income citizens. At the same time, Hassanein stressed his optimism about Egypt’s real estate market and its performance during the coming period.

Meanwhile, President and CEO of Tatweer Misr, Ahmed Shalaby, said that the North Coast represents great real estate wealth that has not been optimally exploited to achieve the commensurate returns for the state.

Investing in the North Coast region is problematic due to the multiplicity of state authorities regarding the lands. This, in turn, leads to long and intertwined procedures, which has led to a disruption in the huge investments that could have occurred in the region.

Shalaby added that the presidential decision to transfer subordination of the North Coast area’s lands to the New Urban Communities Authority (NUCA) jurisdiction is considered as a revival of the region. With this transfer, there may be a general and integrated development for the entire region rather than the development of individual projects. Commensurately, the area will become fully functional throughout the year under NUCA’s development, rather than throughout the summer season only.

Furthermore, he called for accelerated planning rates to speed up the North Coast region’s development, maximise its investment returns, and increase the investment opportunities in a promising region.

Tarek Shoukry, Head of the Real Estate Development Chamber at the Federation of Egyptian Industries (FEI), said the Egyptian Competition Authority’s (ECA) statement on the existence of problems between real estate companies and customers is misunderstood.

Accordingly, a meeting will be scheduled between real estate developers and the ECA to identify details of the statement, and as a mediation tool regarding any problems.

Shoukry added, “The statement spoke about the existence of illegal demands made by developers on customers, but the statement did not specify the nature of these demands.”

He called on the ECA to listen to developers, just as it listened to customers, in order to understand both sides of the problem.

Commenting on the law of reconciliation on building violations, Shoukry said, “The law is important and has positive results on the real estate market, but there have recently been questions related to it, the most important of which is who will pay the value of the violation, whether it’s the owner of unit, resident or developer.”

Shokry anticipates a boom in Egypt’s real estate market during the coming period, after the decline in sales on the back of the coronavirus crisis.

CEO of First group Basheer Mostafa agreed with Shoukry on the need for reconciliation on the building violations law, noting its importance for controlling the market and eliminating violations.

He added that the decision should also come in line with the approval of the draft real estate developers federation law to preserve the market’s credibility, and called for the law to be issued quickly.

Mostafa added that state has decided to provide the financial facilities to encourage citizens to reconcile over violations. He also pointed out that the state insists on eliminating informal settlements, which provides an opportunity for the growth of new cities and the revival of housing in these cities.

He noted that the first and second quarters of 2020 have witnessed a decline in demand for property. He added, however, that this is not normal, and is, in fact, similar to rates of market performance during the same period of previous years.

Mostafa elaborated that real estate market sales are active during the summer period. He added that the coronavirus crisis has also contributed to the slowdown in demand during the first half (H2) of 2020, as the pandemic caused a rethink among customers in making purchasing decisions.