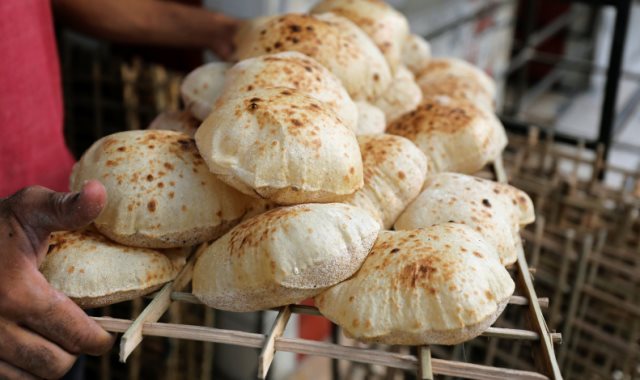 Egypt’s Ministry of Supply and Internal Trading said, on Tuesday, that it has shrunk the size of subsidized bread by 20 grams, and increased the cost of flour sacks for bakeries. The move follows several requests made by the General Division for Bakeries and extensive subsequent meetings.

The requests called for are consideration in the costs of producing bread, due to the high prices of gas, solar, and water, as well as labourers’ wages, the ministry said.

On Monday, the Ministry of Supply and Internal Trading decreed that prices of its subsidised bread should be fixed at 5 piasters per loaf. There would be  a commensurate shrink in the bread loaf’s size to 90 grams instead of 110 grams.

The ministry said that it had agreed to recalculate the productive cost of each flour sack, to increase from EGP 213 to EGP265, effective as of 18 August.

Each sack of flour will yield 1,450 loaves, instead of 1,250, which will promote increased competitiveness among bakeries to produce high-quality bread, the ministry noted.

It added that the cost of producing subsidised bread stands at EGP 265 for bakeries using solar energy, and EGP 283 for bakeries that use natural gas.

The ministry will maintain the daily number of loaves for each citizen at five, adding that the cost of the bread production will be reconsidered at the start of every fiscal year, or whenever necessary.

In response, Member of Parliament (MP) Haitham El-Hariri presented, on Monday, an urgent statement to Parliament Speaker Ali Abdel Aal over three recent governmental decisions. These covered the smaller size of subsidized bread, the increase in ticket prices of the Cairo Metro, and the prices of railways tickets.

El-Hariri said, “Shrinking the size of the subsidised loaf of bread by 20 grams implicitly means increasing its cost.”

In April this year, the Ministry of Supply and Internal Trading said that a total of 10 million ineligible citizens have been removed from the bread subsidies system in Egypt.