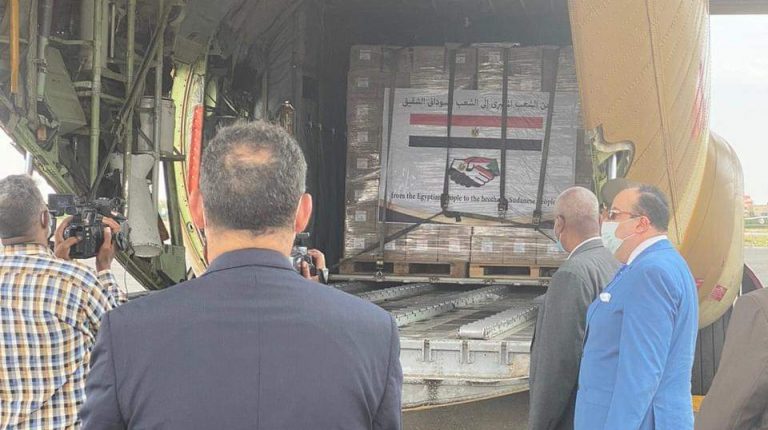 Torrential rains in Egypt’s southern neighbour have killed 63 people since July, with thousands more forced from their homes by the seasonal storms.

Al-Refai said that the Egyptian aid comes as part of its full support and solidarity with states in times of adversity and crisis, reflecting “the historical relations that connect Egypt with its sister countries.”

The Sudanese side thanked Egypt for its continuous support of others in the times of disasters and crises, the spokesperson added.

Mogahed said that the ministry is preparing another shipment of relief medicines and medical supplies, which will be sent within the next few days to Sudanese citizens affected by the floods.

He also said that these relief medicines and medical supplies are to contribute to alleviating the burden on Sudan, following the floods that have recently swept the country.

Earlier on Friday, Egypt sent two military planes carrying large amounts of food and infant milk formula to Sudan. Over 14,000 houses and 119 public buildings were destroyed during the floods, while over 16,000 houses have been badly damaged, according to Sudan’s Ministry of Interior.