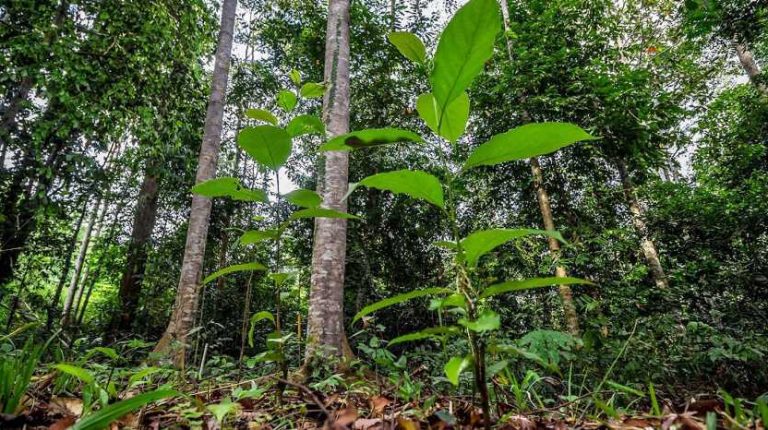 Actively restored forests report a 50% quicker above ground biomass recovery than areas left to regenerate naturally after logging, a new study has found.

In a paper published in Science, it was found that areas that have undergone active restoration noted the quicker recovery, covering 2.9–4.4 tonnes of above ground carbon per hectare per year.

The paper also suggests that the carbon reduction associated with a single logging event would take 40 years to recover to the same level as unlogged forest with active restoration. This is compared to the average of 60 years needed for forests if they were left to regenerate naturally.

The work clearly demonstrates the value in protecting previously logged forests with respect to carbon storage, as well as for maintaining other ecosystem services and biodiversity benefits.

The costs associated with the most intensive forms of active restoration, if recovered through the voluntary carbon market, require a higher carbon price than has been seen in recent times.

However, varying the type and intensity of restoration treatments according to the residual amount of carbon in the forest stand has the potential to reduce net costs. It would also bridge the gap to financial sustainability, and, as a result, enable much larger areas of forest to be restored.

“This is one of the first times that such a large dataset has been collated to demonstrate the effectiveness of active restoration, and then to set this in context of the economic costs of restoration,” said Mark Cutler, Professor of Geography and Environmental Science at Scotland’s Dundee University and co-author of the study.

Professor David Burslem, of the University of Aberdeen and co-author of the study, added, “We have long known that tropical forests have the capacity to recover from logging if left undisturbed for long enough, but the extent of the reduction in recovery time resulting from simple low-tech restoration techniques was a surprise.”

Cutler also said, “We have many unanswered questions about the specific mechanisms driving the results we have observed. The restoration treatments involved a combination of tree planting and selective removal of climbing plants and other plants that compete with large timber trees.”

He further explained that climber cutting is much cheaper to implement than tree planting, and may have had a disproportionate effect on carbon accumulation.

“If so, then there may be scope to reduce the costs of restoration significantly whilst retaining much of the benefit,” Cutler said, “We need further research to disentangle the relative effects of these two components of the restoration work that was conducted across our sites.”