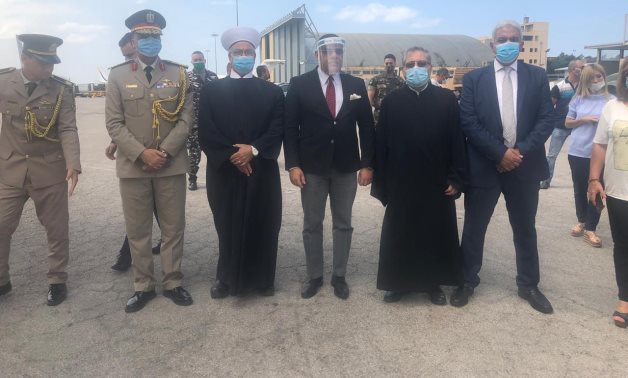 The aid comes as part of an air bridge established by Egypt only 24 hours after a powerful explosion rocked Beirut on 4 August.

The flights were received by: Egypt’s Ambassador in Lebanon Yasser Alawi, Military Attaché at the Egyptian Embassy in Beirut Ahmed Shehata, Representative of the Middle East Council of Churches Wael El-Sisi, and Lebanese officials.

These were the eleventh and twelfth Egyptian planes carrying relief aid to Lebanon.

The Egyptian air bridge to Lebanon will continue to provide aid until 26 August, with the country also ready to contribute to Beirut’s reconstruction after 250,000 housing units were damaged by the explosion.

Following the Beirut explosion, Egypt’s political leadership issued a decision to support the Lebanese people by establishing an urgent air bridge between Cairo and Beirut. As part of this, huge quantities of medicine, surgical tools, medical supplies, specialised doctors, and surgical teams were transported to the Lebanese capital.

The Egyptian aid included tens of tonnes of basic foodstuffs, especially wheat flour, to ensure the continued operation of bakeries. This follows the almost total loss of Lebanon’s strategic reserves of flour, during the explosion. The country’s main wheat storage silo was located at Beirut port, and was completely destroyed in the explosion.