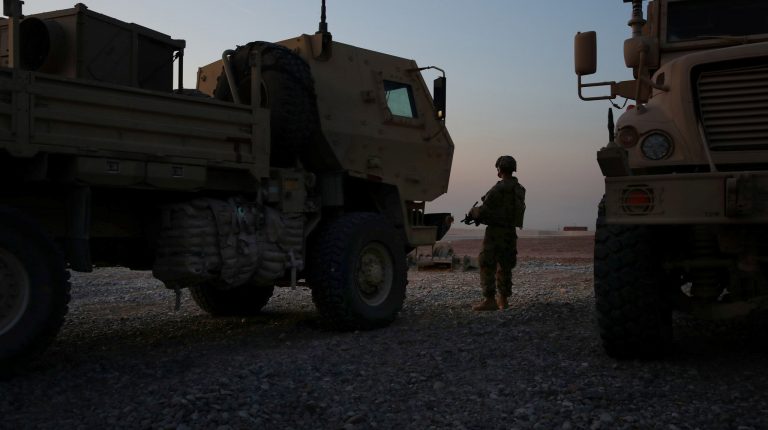 A roadside bomb exploded on Saturday near a convoy of trucks carrying equipment belonging to U.S. troops in western Baghdad, an Iraqi Interior Ministry official said.

The blast took place when the convoy was moving on a highway near al-Ghazaliyah neighborhood in the western part of the Iraqi capital, the source told Xinhua on condition of anonymity.

There was no immediate information about casualties, the official added.

No group has so far claimed responsibility for the attack, but unidentified militant groups have frequently targeted civilian convoys contracted to the U.S.-led coalition forces in Iraq, which usually travel from neighboring Kuwait to the coalition bases in central and northern Iraq.

On Friday, the media office of the Iraqi Joint Operations Command said a roadside bomb struck a convoy of trucks carrying logistical equipment belonging to the U.S.-led coalition forces in Aweirij, an area on the southern edge of Baghdad, burning one of the convoy trucks and killing its driver.

The attacks came as the Iraqi-U.S. relations have witnessed a tension since Jan. 3 when a U.S. drone struck a convoy at Baghdad airport, which killed Qassem Soleimani, former commander of the Quds Force of Iran’s Islamic Revolution Guards Corps, and Abu Mahdi al-Muhandis, deputy chief of Iraq’s paramilitary Hashd Shaabi forces.

More than 5,000 U.S. troops have been deployed in Iraq to support the Iraqi forces in the battles against the Islamic State militants, mainly providing training and advising to the Iraqi forces.