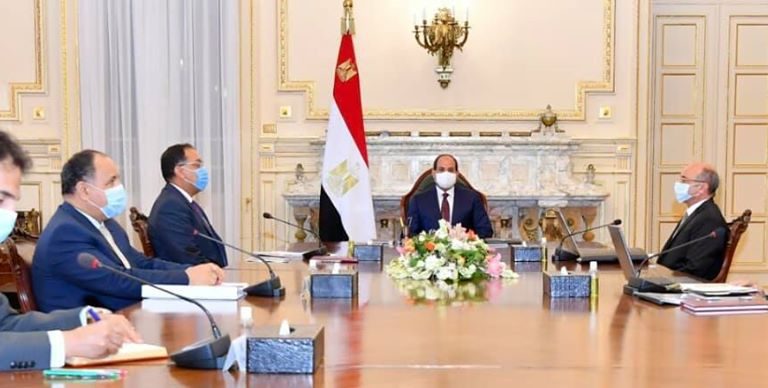 Egypt’s President Abdel Fattah Al-Sisi ordered, on Sunday, for the restoration of downtown Cairo’s Galaa court complex, which has been out of service since 2011.

During the meeting, President Al-Sisi was briefed on the latest efforts to enhance Egypt’s litigation system, part of which will see Ministry of Justice services automated nationwide.

The President directed that the Engineering Authority of the Armed Forces will undertake renovations of the Galaa court complex. This will take place to “raise its efficiency according to the highest standards and construction designs, in a manner that is commensurate with its importance and the high number of its visitors”, according to a Presidency statement.

Taalat presented his ministry’s role in developing the judicial system, as well as automating the real estate registry and electronic documentation services. The ministry’s move comes as part of the strategic “Digital Egypt” state project, which aims to improve authentication services for citizens.

The “Digital Egypt” project also comes in line with the country’s development priorities in terms of stimulating economic growth, industrialisation, and promoting trade and economic cooperation. It also looks to increase trade and financial integration, whilst increasing communication by promoting cultural exchange.