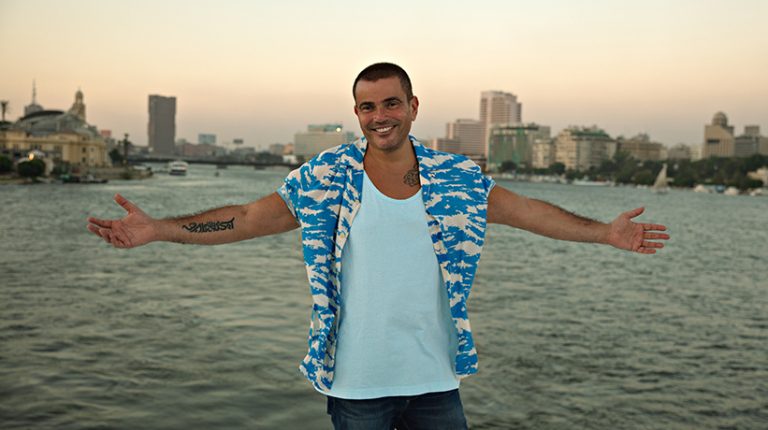 Amr Diab: We have been able to build bridges of connection and love with diverse cultures through music

In a move that is set to spread joy to the Egyptian star’s fans all over the Arab world, the new deal marks the return of the best-selling artist, nicknamed “Al Hadaba”, to drama. His last acting role was 27 years ago, when he played the role of Adham in the film “Dehk Wele’b Wegad Wehob”, with the late star Omar Sharif.

Diab is, however, far more famous for his musicianship and extensive career. He has won seven World Music Awards and six African Music Awards.

“For the past thirty years, Amr Diab has captured people’s hearts all over the world, and he is a trendsetting icon who resonates with different generations through his music and talent,” said Ahmed Sharkawi, Director of Arabic Original Series at Netflix. “We are confident that this new project will excite fans and members for the glorious return of Amr Diab to our screens.”

The news of the deal was celebrated all over social media and the Arabic language press.

“I am thrilled to work with Netflix on this new project,” Diab said, “I have always believed that art is a global language, and we have been able to build bridges of connection and love with diverse cultures through music.”

He added, “With this new project with Netflix, I am excited that we will be reaching more than 193 million users in more than 190 countries around the world, where they will be able to watch new content made in Egypt and enjoyed by the world.”

The journey of Amr Diab’s music has been one of growing excellence. His albums have topped international charts, and many of his songs have been translated into several languages.

Five of his albums have topped Billboard’s global top 10 hits, in addition to winning many international awards during his career. Diab is the first Arab singer to enter the Guinness Book of World Records, as the first singer from the Middle East to receive the largest number of international music awards for most album sales in the region.

In 2014, Diab received the World Music Awards, and won three awards, as Best Egyptian Artist, Best Male Arab Artist, and Best-selling Arab Album for his El Leila album. He became the only Arab singer to have achieved this success. He was also voted the World’s Best Arab Male Artist at the same awards.