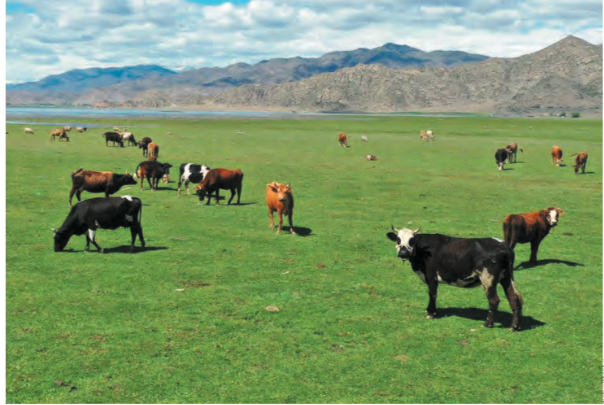 The signing of the so-called “Uyghur Human Rights Policy Act of 2020” by the United States embodies some US politicians’ malicious intention of malign- ing China’s efforts in counterterrorism and de-radicalisation in the disguise of human rights.

As Xinjiang is part of China, its affairs are purely China’s internal affairs and brook no foreign interference. The US legislation on Xinjiang, which reveals some US politicians’ deep-rooted hegemonic mindset, is one among their series of actions to sling mud at China’s domestic policies. Issues re- lated to Tibet and Hong Kong are also being used by the US as diplomatic leverage, to serve its long-time strategic ambition to contain China.

Xinjiang-related issues are not about human rights, ethnicity or religion, but about counter-terrorism and de-radicalisation. People can never enjoy happiness if they are plagued by terrorism, religious extremism, and separatism.

Thanks to counter-terrorism and de-radicalisation measures taken by the Chinese government in accordance with the law, the security situation in Xinjiang has turned around and the rights to life, health and development of all ethnic groups there have been safeguarded. For three years in a row, no violent terrorist incident was recorded in Xinjiang. A safe, stable and prosperous Xinjiang means the best protection of human rights.

The US side deliberately ignored the fact that freedom of religious belief is guaranteed in Xinjiang. There are 24,400 mosques

across Xinjiang, one for every 530 Muslims. Xinjiang is also home to 10 religious colleges and more than 100 religious organisations. The Muslim population has been increasing,

approaching 60% of the region’s total. From the economic perspective, Xinjiang’s substantial development is also impressive. In the past seven decades since

the founding of the People’s Republic of China, Xinjiang’s GDP has increased 200 times in real terms. With rapid economic growth, people’s livelihood has improved

significantly. Gone are the days of inadequate food and clothes, electricity and water shortage and poor transportation. This year, absolute poverty is expected to be eliminated in Xinjiang.

Successful stories of Xinjiang have won international appreciation, while some US politicians insisted on turning a blind eye. Last year, ambassadors from 50 countries to the United Nations Office in Geneva sent a joint letter to the President of the UN Human Rights Council and the High Com- missioner for Human Rights to voice their support for China’s position on issues re- lated to Xinjiang. Over 60 countries spoke at the United Nations General Assembly to support China’s Xinjiang policy, and more than 30 of them are Islamic countries.

It would be naive to consider the Xinjiang-related “human rights” legislation by the US truly humanitarian and one with regard for Muslims’ well-being. Don’t for- get the wars launched by the United States in Muslim countries which caused mass civilian casualties and severe humanitarian crises, and the controversial executive order issued in 2017, blocking immigrants, refugees and travellers from several Muslim-majority countries from entering the United States.

As a victim of terrorism, the United States should have supported China’s counterterrorism measures, but it adopted double standards. The US side should stop playing the Xinjiang card and using Xinjiang-related issues as a pretext to interfere in China’s internal affairs.

“Forced demolition of mosques” in Xinjiang is not true