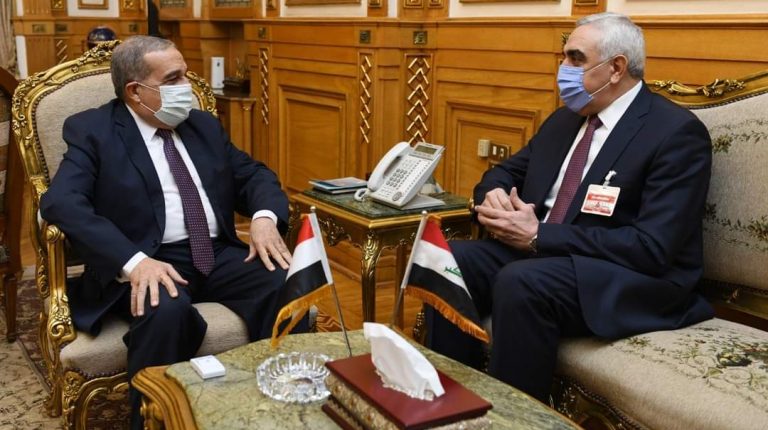 During the meeting, the two sides explored the possibility of exchanging expertise and manufacturing technology in various industrial fields.

In a statement on Tuesday, the Ministry of Military Production said that the meeting tackled the importance of cooperation between Egypt’s military production companies and their Iraqi counterparts. This would cover a range of areas in the military and civil industrialisation fields.

Morsy asserted the importance of encouraging cooperation between the two countries in many areas, and expressed his ministry’s keenness to employ all the industrial, technological and human capabilities to participate in Iraq’s reconstruction.

He also expressed his hopes that the coming period will witness the strengthening of constructive relations between the two countries, and opening up a range of prospects for the two sides. The minister stressed the importance of strategic cooperation between the two countries, which aims to increase areas of joint cooperation and the exchange of experiences in various fields.

He added that Iraq’s keenness to cooperate with Egypt’s Ministry of Military Production comes as part of the technological, manufacturing, technical, research, and infrastructure capabilities of the latter’s subsidiary companies. This also comes in addition to its remarkable success in implementing many national projects across Egypt.

Al-Dulaimi added that there are many indicators pointing to the existence of promising opportunities to establish an industrial partnership between the two sides in various fields. He has also congratulated the Minister of Military Production on his assumption of his new position, and wished him success in his duties.