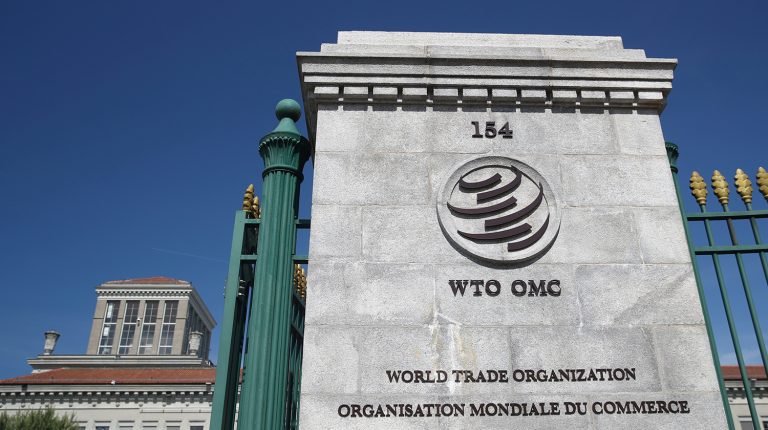 The World Trade Organization (WTO) is set to hold elections shortly to find a new Director General, with Egyptian candidate, Abdel-Hamid Mamdouh, lobbying for his election to the position.

In an interview with Daily News Egypt, Mamdouh highlighted that, should his election campaign prove successful, his priority will be to revive the organisation’s role as the guarantor of stability and predictability in international trade relations.

Mamdouh noted that the WTO was created to promote the growth and expansion of world trade through a rules-based system guaranteeing the rights and obligations of its members.

He added that the organisation has suffered from a serious breakdown in its three vital functions, namely dispute settlement, negotiations, and its monitoring and deliberative capacities. These three functions are closely interconnected, and the system was designed to operate with balance across these three pillars.

“My first priority will be to revive the three functions, starting with the negotiating function,” Mamdouh said, “If we cannot bring people to the table to negotiate solutions to problems, we will get nowhere.”

During the interview, Mamdouh discussed his chances of winning election, and his goals and plans should he gain the Director General position. He also touched on all the challenges that are awaiting the new WTO head once he takes up the position.

What motivated you to run for the WTO Director General position?

The idea originated with the Government of Egypt and the support of the international trade community in Geneva. I was honoured and humbled by the support the Egyptian Government expressed in formally nominating me for the post of Director General of the WTO. The nomination started at the African Union (AU) in November 2019. It was then endorsed by the AU’s Executive Council in February 2020 and, finally, the nomination was made to the WTO in June 2020 when the selection process started.

Could you brief us on your background, and how will it help you in the role? In your opinion, what will those challenges be?

My background is actually in law, as I am an international trade lawyer with 30 years experience in this area. I took part in the legal drafting of the WTO Agreement, and was the lead Counsel in the drafting of the General Agreement on Trade in Services.

Over the years, I have been guiding multilateral negotiations and advising dispute proceedings. I have also been the trusted advisor to many WTO Member Governments on organisation-related matters. The WTO is a Member-driven treaty system, but, to drive, the “car” must be in working condition.

So, if the car has broken down, who would Members want to accompany them? Would they like to have one of the engineers that designed and built the car? Or, would they rather have a politician who would be an eminent figure but would not have the same level of knowledge and experience in the system. The latter has been the kind of leadership which the organisation has had for the past 25 years. Now, the situation is completely different. These are times of unprecedented crisis in the WTO, and the organisation needs a different kind of leadership at this point.

Regarding the challenges facing the organisation, in my view, over the past quarter of a century, the WTO has suffered from a chronic imbalance across all its vital functions. That is, dispute settlement, negotiations, and the transparency/deliberative functions.

At the same time, the international trade landscape has dramatically changed, and the WTO system has been unable to update its rule book. This has caused unsustainable pressure on the dispute settlement function, which produced the current breakdown in the Appellate Body, and as the saying goes, if you cannot negotiate, you litigate.

The world of trade has changed, and so have the dynamics within the organisation. Whereas the General Agreement on Tariffs and Trade (GATT) started its journey back in 1947 with merchandise trade across borders, we have now expanded into trade in services and intellectual property.

Today, the way we trade links goods, services, ideas, capital, and regulation. That requires a comprehensive and coherent approach by the WTO, that leads to a “deal” that is truly inclusive of all sectors and interests of Members.

For example, I see the role that digitalisation has played for many industries across the economy, with technology-driven business models. At the same time, I also see the rising tide of legitimate domestic regulation in areas like privacy, consumer protection and cyber-security. The interface between the two needs to be managed, to ensure the lowest trade restrictiveness of regulatory measures, while not intruding on regulatory sovereignty.

To complete the picture of where we stand today, we must look at the crisis caused by the novel coronavirus (COVID-19) pandemic, and make sure that we retain the lessons we are currently learning. The world will need a strong and stable WTO to support the post-crisis economic recovery.

Although there are two other African candidates, you are the only one to get AU support, why?

The process of selecting African candidates for this post started with the decision, adopted by the African Union Summit in July 2019, stating the aspiration that the next WTO Director General should be from Africa. This noted that having one candidate endorsed by the entire continent would be the most effective way to ensure success.

The decision invited African countries with candidates to submit their names by the end of November 2019. By that deadline, there were three names, representing Benin, Egypt, and Nigeria. At the following summit in February 2020, the AU’s Executive Council endorsed the names of the three candidates.

I believe that my chances are very high, but at the end, it will depend on what kind of leader the 164 Member governments of the WTO think they would rather have in such difficult times.

How do you evaluate the challenges caused by the pandemic’s negative impacts on global economies and international trade, and how will you deal with this as WTO head?

The challenge presented by COVID-19 is unprecedented. It is the first time we see such a decline in the global economy, both in terms of production and consumption, and both at the same time.

Since trade is the connecting link between the two [production and consumption], it also suffered from a dramatic decline. WTO economists estimate that global trade decline could reach 32% due to this crisis. In considering the role of the WTO in responding to the crisis, we need to keep in mind that this is primarily a health crisis, although the WTO should ensure an effective trade response.

As Director General, I would make sure that we have a clear view of what we should expect from the WTO. I would also distinguish between the short and the long term. In the short term, we must ensure that all the trade restrictive measures, such as export restrictions adopted by Members in response to the crisis are transparent, temporary and that the WTO is notified in a timely manner. While such measures are necessary to address domestic needs, it is critical to ensure that cross-border supply chains continue to operate to satisfy unfulfilled demand for food and medical products.

In the long term, we must ensure that we will have a strong WTO, to provide the predictability and stability needed for trade to grow, and support the post-pandemic economic recovery.

A lot of challenges await the WTO’s new head, including the increasing US-China tensions. How do you evaluate these challenges and how you will deal with them?

In my view, the tensions between the US and China are, to a very large extent, a result of the WTO malfunctioning. The organisation was specifically designed to avoid such tensions, by providing a forum for resolving trade problems, not only through discussions and deliberations, but also by updating the rule book through negotiations.

The WTO Director General should use his or her soft power to persuade the two parties that the organisation could be part of the solution, not the problem. The best way to resolve such tensions would be through seeking multilateral rule-base solutions, as opposed to bilateral deals.

Furthermore, such tensions also have serious implications that go far beyond the two parties directly involved. They affect a very wide range of other WTO Members. Similarly, resolutions of such tensions will also concern other parties, and that should be considered. Therefore, multilateral solutions of such problems will always be the best option.

I don’t believe that we should look at such situations in terms of having winners and losers, but rather in terms of how we can find win-win outcome through good mediation and creative negotiating solutions that involve trade-offs acceptable to all.

Indeed, Egypt has achieved great successes, and the reform process is advancing in great strides. On the trade front, growth can only be the function of competitiveness. Egypt has great potential yet to be achieved.

One of the challenges many governments around the world currently face, is that of achieving coherence across different economic policies, including trade. The linkages between trade, investment, financial, monetary and development policies are becoming so intertwined, and the success on one front cannot be in isolation from the rest.

I would also stress the importance of the services sector in the Egyptian economy. Not only because it produces more than half the country’s GDP, but also because services are essential inputs to the production of all other industrial and agricultural goods. Today’s trade policy is not just about merchandise trade. Services are becoming more and more a critical part of the international trade story.

WTO has never been chaired by an African

A total of eight candidates, three of them from Africa, are battling to become the next head of the World Trade Organization (WTO). The other five candidates represent Mexico, Moldova, South Korea, Saudi Arabia, and the UK.

The WTO has never been chaired by an African, with the continent look- ing to change this in the upcoming elections through its three candidates.

Egypt nominated Abdel-Hamid Mamdouh, an international trade lawyer with over 30 years experience. Benin and Nigeria presented their candidates too. In February 2020, the African Union (AU) Executive Council endorsed the names of the three candidates.

Although there are three African candidates, only Egypt’s Mamdouh has the support of the AU.

Many challenges await the new Director General, including ongoing US- China trade tensions, and the ongoing crisis caused by the novel coronavirus (COVID-19) pandemic.

The new director will also have to revive the frozen trade talks with the US, and prepare for the 2021 ministerial conference, one of the most important events organised by the commission. It is aimed at improving relations with Washington.

The US, which has threatened to withdraw from the WTO, has frozen the appeals court of the organisation’s dispute settlement body since Decem- ber. Washington demands the removal of China from the list of developing economies.

The WTO head post opened after the current holder, Brazil’s Roberto Azevêdo, announced his decision to step down on 31 August, one year before his second four-year term in the role was set to expire. This has prompted the 164-country member Geneva-based organisation to speed up its search for a successor to three months, instead of the usual nine.

Instead of elections, the selection process for the organisation’s next Director General will be based on consensus, as candidates are gradually excluded or removed. Voting can be used as a last resort, but this scenario has never happened in the history of the organisation.

The WTO closed the nominations process for the post on 8 July, with candidates having the time to campaign and build support until 7 September.

The relevance of the World Trade Organisation for Africa