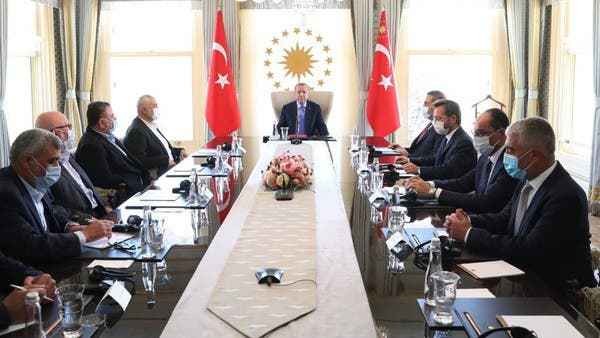 The US has voiced its strong objection to Turkish President Recep Tayyip Erdoğan’s hosting of two Hamas leaders in Istanbul on 22 August.

In a statement on Tuesday, the US Department of State said that President Erdoğan’s continued outreach to the Palestinian organisation only serves to isolate Turkey from the international community. The statement added that it harms the interests of the Palestinian people, and undercuts global efforts to prevent terrorist attacks launched from Gaza.

The statement added that Hamas has been designated a terrorist organisation by the US and European Union (EU), and that both officials hosted by President Erdoğan are Specially Designated Global Terrorists (SDGTs).

“We continue to raise our concerns about the Turkish government’s relationship with Hamas at the highest levels,” the statement said. It pointed out that this is the second time President Erdoğan has welcomed members of Hamas’s leadership to Turkey this year, with the first meeting occurring on 1 February.

Earlier on Saturday, Erdoğan hosted a large delegation from the Palestinian group in Istanbul. The delegation reportedly included Hamas leader Ismail Haniyeh and deputy leader Saleh Al-Arouri, who are both wanted by the US government.

The US Rewards for Justice Program is seeking information about one of the individuals, for his involvement in multiple terrorist attacks, hijackings, and kidnappings, according to the State Department statement.

Although no information has been reported on the closed meeting’s content, some reports said that Hamas had discussed the Palestinian issue and Israel’s plan of annexation, with Erdoğan.