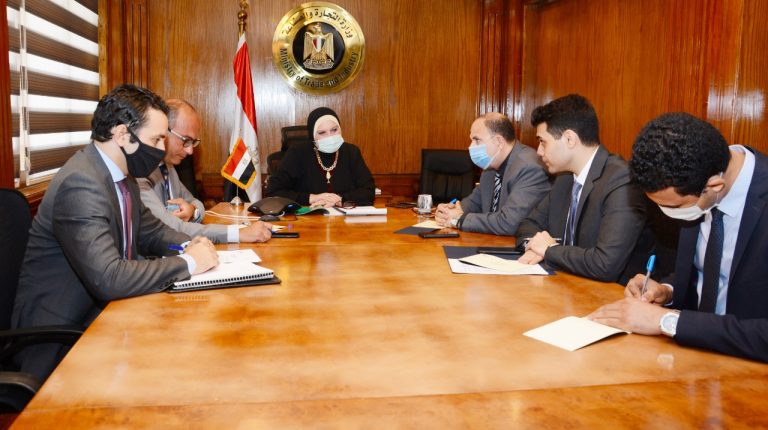 The Egyptian government is looking forward to China’s support of the former’s candidate to World Trade Organization (WTO) Director General post, according to Minister of Trade and Industry Nevine Gamea.

Gamea said the Egyptian candidate Abdel Hamid Mamdouh has gained significant experience during his 27 years of working with the WTO, which gives him international strength and credibility over other candidates for the role.

In a phone call meeting with Chinese Ambassador to Cairo Liao Liqiang, Gamea and the Ambassador discussed means of enhancing economic cooperation between the two countries. The two sides also discussed how to overcome obstacles to increase trade flows between Egypt and China during the coming period.

The minister pointed out that they discussed the possibility of holding a technical committee meeting via video conference technology to discuss ways of raising production capacities. The meeting would also furnish the Chinese side with an updated list of projects for Chinese companies wishing to invest in the Egyptian market.

Gamea confirmed her ministry’s keenness to enhance cooperation with China in regard to small and micro enterprises, and to benefit from China’s long experience in this field. She highlighted that small enterprises represent a large segment of the Asian country’s economy.

China is the 20th largest investor in the Egyptian market, with total investments amounting to about $7.2bn distributed over 1,736 projects by the end of 2018, according to Gamea. She added that the Asian country is one of Egypt’s most important international trade partners, with trade exchange rates between the two countries amounting to $5.224bn during the first seven months of 2020.

Ambassador Liqiang said that Egypt and China have, since the start of the novel coronavirus (COVID-19) pandemic, provided an example of friendship and solidarity regarding the coordination and exchange of experiences to combat the virus. The two sides have also exchanged medical supplies, with Egypt one of the first countries to provide medical aid to China during the crisis.

The domino art effect has spread: could it now be the Arab's turn?