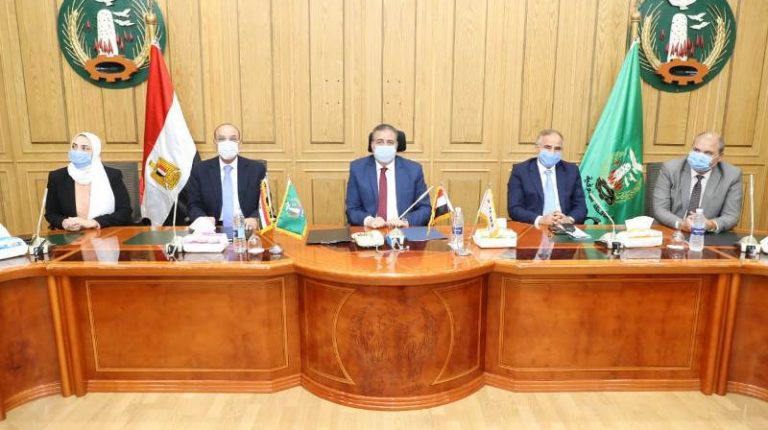 The Industrial Development Bank (IDB) and the Menoufiya Governorate have signed a cooperation protocol that will see the bank provide finance to existing and new small, medium, and large projects in the governorate.

The protocol was signed by IDB Chairperson and Managing Director Maged Fahmy and Menoufiya Governor Ibrahim Ahmed Abolimon. It comes as part of the Central Bank of Egypt’s (CBE) initiatives to support enterprises in Egypt.

The protocol also includes granting these projects all the credit facilities and comprehensive banking services they require to expand production and increase exports.

Fahmy said the cooperation protocol with Menoufiya comes as a continuation of the IDB’s developmental role, and in line with the state’s plan to achieve a decent standard of living for citizens.

It is also set to create an attractive investment climate, particularly for industrial investments. It will also support micro, small and medium enterprises (MSMEs) in the neediest villages across the governorate.

He explained that the protocol also includes sponsoring vocational training and entrepreneurship centres in the governorate. This aims to create a new generation of skilled manufacturers and craftsmen in various industries, especially handicrafts.

It also looks to provide banking awareness and financial and administrative training for graduates at vocational training centres. At the same time, the protocol will contribute to providing job opportunities by nominating them to the bank’s customers who are factory owners.

Abolimon said that the cooperation protocol with the IDB aims to enhance investment opportunities in all fields, which will increase Egypt’s economic growth rates. It is also designed to reduce unemployment rates in the governorate, whilst strengthening the state’s ability to export.

He explained that the protocol also covers the provision of financial services, with loans of up to seven years, to deliver utilities to citizens. This includes delivering natural gas, drinking water, sanitation, and electricity to new projects.

IDB Deputy Executive Chairperson Hamdi Azzam said the new protocol is aimed at supporting SMEs and is designed to serve the state’s development plan in all vital areas and sectors.

Naglaa Abdel Rahim, Director of Public Relations and Institutional Communication at the IDB, said that the protocol’s signing strengthens and confirms the bank’s role in supporting the Egyptian state in its development plans and increase investments.

She pointed out that Menoufiya is one of the most promising governorates in the country due to the diversity of its activities and the presence of many attractive areas for investment.