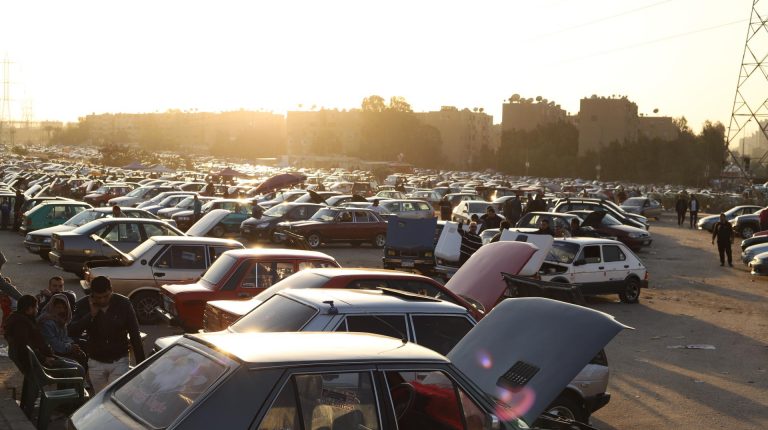 The overpricing phenomenon among many car models in Egypt is set to re-emerge, despite the market recession, due to the economic fallout caused by the novel coronavirus (COVID-19) pandemic.

Overpricing is an additional charge decided by car distributors, and is added to the official car price set by the brand agent, due to the low supply and high demand, among other reasons.

Distributors use overpricing in a range of contexts, including for immediate delivery of vehicles to dealers, instead of waiting for months to receive them from the agent directly. It can also be applied by distributors when choosing a specific colour for the car, or under the pretext of high demand. Sometimes, they apply overpricing for more profit.

To clarify, Omar Balbaa, Head of the Automotive Division at the Federation of Egyptian Chambers of Commerce (FEDCOC), said the local market recession in the current period, besides the decline of global production, prompted car agents to import fewer units. Therefore, shares of distributors decreased and some models were overpriced.

Balbaa added that distributors and dealers resorted to overpricing to cover fixed and capital costs, including operating costs, salaries, and taxes. In his view, dealers were forced to raise the prices of some cars, in order to avoid lay-offs or closing their showrooms.

He pointed out that overpricing is the most appropriate way for distributors to increase revenues, compensate for losses, and cover expenses in light of the slowdown in sales and the deteriorating market conditions.

Balbaa, however, excluded any decline in car sales due to price hikes. He pointed out that the local market has recovered somewhat, as the negative effects of the global pandemic have started to fade. This has followed the government’s lifting of the night-time curfew, which has allowed consumers more time to purchase new cars. He added that car sales have recently increased by 5%-10%, compared to the second quarter (Q2) of the year.

In a related context, Alaa El Sabaa, member of FEDCOC’s Auto Division and Chairperson of Elsaba Automotive, said the increase in prices of some models at showrooms compared to their official prices announced by agents resulted from the low supply of cars.

He noted that, although demand has recently decreased by more than 50%, car agents’ import quotas decreased by 80%, creating a large gap between supply and demand.

El Sabaa explained that consumers contribute directly to the emergence of overpricing, as they keep buying specific models whilst ignoring others in the same category. Besides this, some consumers accept overpricing fearing of higher foreign exchange rates, as the Euro exchange rate against the local currency has reached EGP 19, indicating that European car prices could rise by over 10%.

El Sabaa also excluded that overpricing would negatively affect car sales, because it only applies to one or two models. He added that there are many models in the same price category. He pointed out that, like other economic sectors, the auto sector is still dealing with the repercussions of the coronavirus.

This is as a result of the sharp decline in demand and supply after factories worldwide stopped production for three months. Despite the recent resumption of car production, these factories are still operating at a quarter of their capacity.

Moreover, El Sabaa said the economic crisis resulting from the coronavirus pandemic has delayed the launch of new models. Egyptian agents and distributors only received 2020 models in June, reflecting a three-month delay. Meanwhile, the 2021 models could be introduced in Q4 of the year.

Montaser Zaytoun, Chairperson of Zaytoun Auto Mall, said the emergence of the overpricing phenomenon is due to the shortage of supply and the increase in demand for some models. This is in addition to the monopoly on some brands held by a few distributors, which allows them to determine car prices.

This situation benefits the agent most, and increases their profits, but it negatively affects both the market and the consumer, he said. Zaytoun agreed with El Sabaa that customers do contribute to the increase in car prices when they stick with a certain model.

Zaytoun noted that it is difficult to convince the customer to buy the equivalent model of his choice, even if it has the same shape, specifications, and price category.

He explained that the low supply is due to the recent production halt at parent companies for an extended period. With the resumption of business, the factories are operating at a quarter or half of their pre-coronavirus capacity. He expects that the supply shortage will continue until the end of this year.