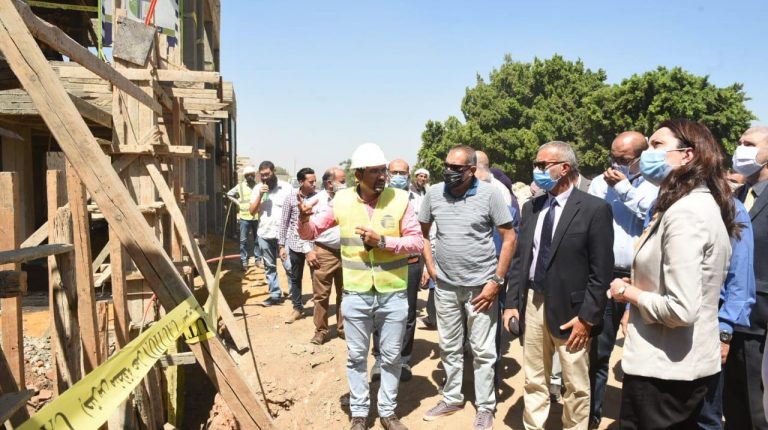 A delegation from the European Union (EU) Commission and the Agence Française de Développement (AFD) have visited work sites at the Giza slum development project.

The project is part of the urban development and infrastructure programme implemented by the Micro, Small, and Medium Enterprises Development Agency (MSMEDA) in Giza Governorate’s Ard Al-Liwa area. The EU and AFD delegation were accompanied on the visit by a group of MSMEDA officials.

The delegation inspected a drinking water reservoir project, implemented at a cost of EGP 24m by MSMEDA and in cooperation with Giza Governorate and the concerned authorities. The reservoir’s capacity stands at 6,000 cbm, and will provide clean drinking water for about 35,000 households.

Medhat Masoud, Head of the Central Sector for Community and Human Development at MSMEDA, gave a presentation during the visit. He noted that the project is being implemented as part of Egypt’s urban upgrade programme, which will also see the promotion of job opportunities in unplanned areas.

MSMEDA has been undertaking significant effort in these two areas since January 2017, using funding from the EU, obtained through an AFD-authorised grant.

Tarek Shash, Executive Vice President of the Projects Development Authority, said that this visit falls under the implementation of directives from Egypt’s Minister of Trade and Industry Nevine Gamea, who also heads MSMEDA.

The EU delegation visit was put in place to follow up on the work that is taking place in MSMEDA’s various projects, which have been implemented with donor funding. The Egyptian agency is also working to increase cooperation with these bodies and encourage them to provide more support.