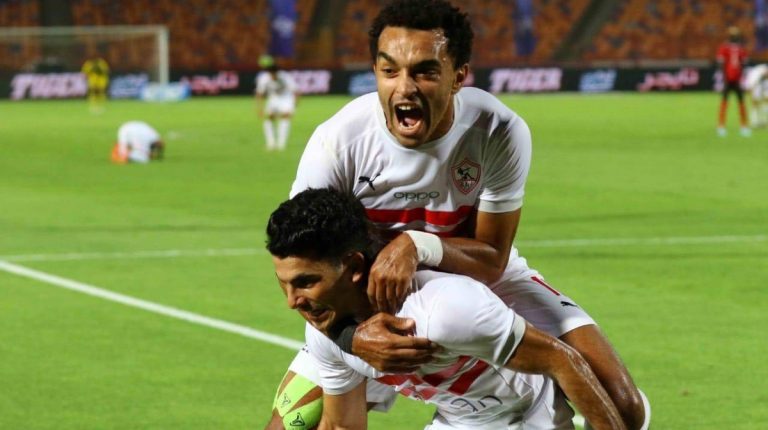 Zamalek SC are set to play a strong match on Thursday against Al Mokawloon Al Arab SC, in the 22nd round of the Egyptian Premier League, eyeing to continue their eight-match undefeated run.

After a sterling performance on Sunday at the Cairo derby against their traditional rivals Al Ahly, the White Knights will play face strong Al Mokawloon at the El Entag El Harby Stadium.

Al Mokawloon are ranked fourth in the league standings on 37 points, only two points behind the third-ranked Pyramids FC. The last match played by Al Mokawloon was against Aswan FC, which ended in the latter’s victorious 1-0 performance. Zamalek are looking to grab an important win to adjust their position in the table.

Zamalek are currently ranked in second place in the league table, with 42 points, after 3-1 victory over Al Ahly on Sunday.

In the derby, Zamalek managed to score the first goal early in the first half by Ahmed Sayed Zizou. The Red Devils scored the equalizer at the beginning of the second half by Yasser Ibrahim, although this was cancelled out by brilliant young player Mostafa Mohamed’s goal in the 71st minute. Zamalek’s Osama Faisal then clinched the winner in the 93rd minute of the game.

The White Knights gave a brilliant performance with a wonderful level of technical play by all players, while the Red Devils suffered its first defeat in the Egyptian league this season.

It is noteworthy that the last match between the two teams was played in February as part of the Egypt Super Cup, and also ended with a Zamalek victory on penalties.

Numbers come in favour of Zamalek against Al Mokawloon, especially in the last five matches that brought the two teams together. Zamalek have won three games and drew twice. In the last confrontation between the two teams, Zamalek defeated Al Mokawloon 2-1.