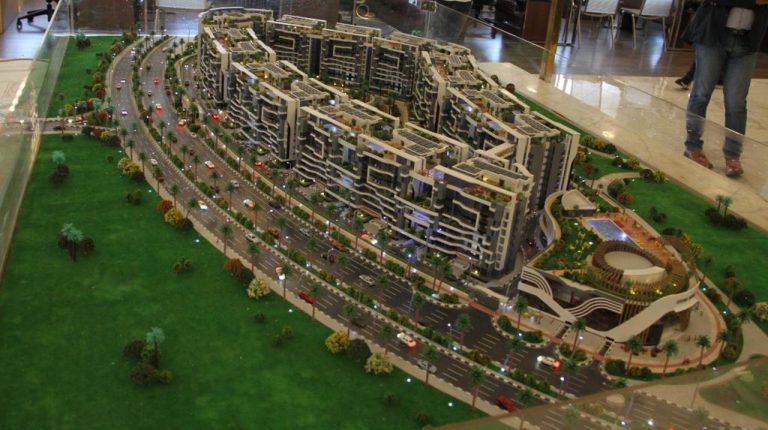 Real estate developer AlTameer Arabian has achieved 82% of its targeted sales at its New Administrative capital (NAC) development during the first half (H1) of 2020, according to CCO Ahmed Osama.

Rivan, the NAC’s first serviced apartment project, spans over 17 feddan, and represents the company’s debut in the Egyptian market.

The company’s achievements come despite the repercussions of the novel coronavirus (COVID-19) pandemic on Egypt’s economy, including the country’s real estate sector.

Osama told Daily News Egypt that, during the pandemic, the company has initiated and introduced a three-axis strategy to deal with the crisis and boost sales.

He said that the company has worked hard to make its luxury Rivan project, located in the New Capital City (NAC), more competitive by cutting unit sizes. The move was to ensure a decrease in the project’s utilities percentage to 11% instead of the previous 25%. The size of apartments at the project starts from 68 sqm.

Osama noted that this decrease was implemented on the back of feedback provided by new clients, with this particular demand featuring prominently during the global pandemic.

“We focused on providing a perfect mix of luxury and ultimate privacy at Rivan, the first serviced apartments project in R7 at the NAC,” Osama said, ”The development overlooks the central park, the southern garden and the Champs Elysees walkway, with all units overlooking green areas.”

He added that the pandemic was an opportunity for the company to attract clients who have expressed interest in acquiring serviced apartments at the NAC. AlTameer Arabian is the first company to offer this type of product at the NAC, which has been both well-received by customers and boosted sales on such units.

To facilitate customer requests, the company has extended the payment period on units from eight to 10 years without interest, due to the burdens and pressures the global pandemic has placed on customer purchasing power.

Additionally, the company presented clients with a cash-back offer during July and August. Osama said that the offer will see customers invest with the company in an asset that the customer owns, whilst benefiting from an annual 20% return on the total paid instalments.

He added that the offer held significant and beneficial returns for customers, and stimulated the company’s sales during the offer period.

“AlTameer Arabian is very keen on building a solid relationship with its clients as it is a relationship of partners, rather than buyer and seller,” Osama said, “Moreover, we reach our loyal clients through committing to scheduled implementation plans and on-site works, in addition to, using technology and social media in contacting with clients.”

He added, “Some customers were late in paying instalments as a result of the crisis, and as a result, the company has postponed collecting dues owed by many customers for a period of three months without interest.”

Osama stressed that Egypt’s real estate market is actively engaged in providing various activities and opportunities at their developments and properties.

As a way to stimulate sales, AlTameer Arabian will participate in the Cityscape exhibition in November, in addition to an exhibition organised by the company in Alexandria at the beginning of next month. The company is also set to take part in exhibitions in Kuwait and Saudi Arabia which had previously been postponed, Osama disclosed.

The facilities provided to developers by the Administrative Capital for Urban Development (ACUD) and the New Urban Communities Authority (NUCA) have assisted them in facilitated payment systems for clients, Osama concluded.