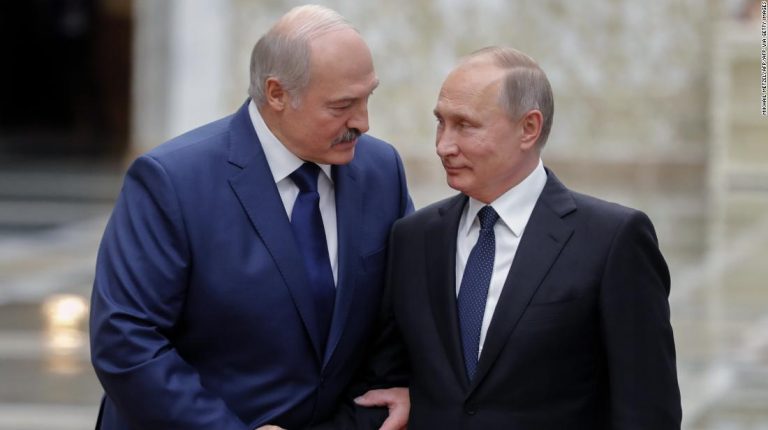 “We recognize the legitimacy of the presidential elections in Belarus. And as you know, I have congratulated Alexander Lukashenko on his victory,” Putin said in a televised interview.

He recalled that Belarus had invited the Office for Democratic Institutions and Human Rights of the Organization for Security and Cooperation in Europe to monitor the elections, though they did not come.

“This immediately makes us think that, in fact, a position on the results of the elections had already been formulated,” he said.
The Russian leader said that he “has every reason” to doubt the honesty of those who object to the results of the Belarusian elections.

Belarus has been witnessing mass protests after incumbent president Lukashenko won a sixth term in the Aug. 9 elections, with the opposition refusing to recognize the results.

The European Union does not recognize the results either and has threatened to impose sanctions on individuals responsible for violence, repression and election fraud.