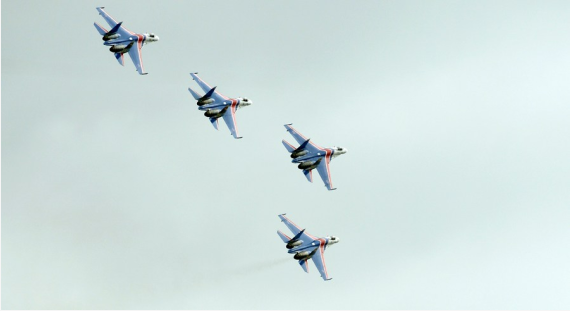 Two Russian fighter jets intercepted a US strategic bomber over the Baltic Sea on Friday, the Russian Defense Ministry said in a press release Saturday.

On Friday, Russian airspace control systems spotted an air target approaching the Russian border over the neutral waters of the Baltic Sea, and two Su-27 fighters took off in response, the ministry said.

Crews of the Russian planes approached the air target and identified it as a B-52H strategic bomber of the US Air Force at a safe distance, it said.

After the US military aircraft flew away from the Russian border, the Su-27s returned safely to their home airfield.

The entire flight of the Russian fighters strictly complied with international rules for the use of airspace, it added.