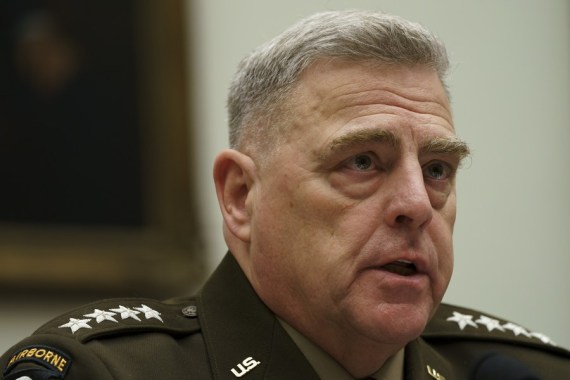 The US military will not play a role in this year’s election, according to the country’s top general. “In the event of a dispute over some aspect of the elections, by law US courts and the US Congress are required to resolve any disputes, not the US military,” Mark Milley, chairman of the Joint Chiefs of Staff Chairman, wrote in a letter released on Friday responding to questions from two House lawmakers.

“I believe deeply in the principle of an apolitical US military,” Milley continued. “I foresee no role for the US Armed Forces in this process.”

The answers came as presidential nominees stoke questions about military involvement in this year’s election.

US President and 2020 Republican presidential nominee Donald Trump has raised the prospect that he won’t accept the results in November, claiming without providing any evidence that mail-in voting could lead to widespread voter fraud.

“I have to see,” Trump told Fox News’s Chris Wallace last month when asked if he would accept the election results. “No, I’m not just going to say yes, I’m not going to say no, and I didn’t last time either.”

Former US Vice President and 2020 Democratic presidential nominee Joe Biden said in June that he’s “absolutely convinced” that the military would step in if Trump rejected the results.