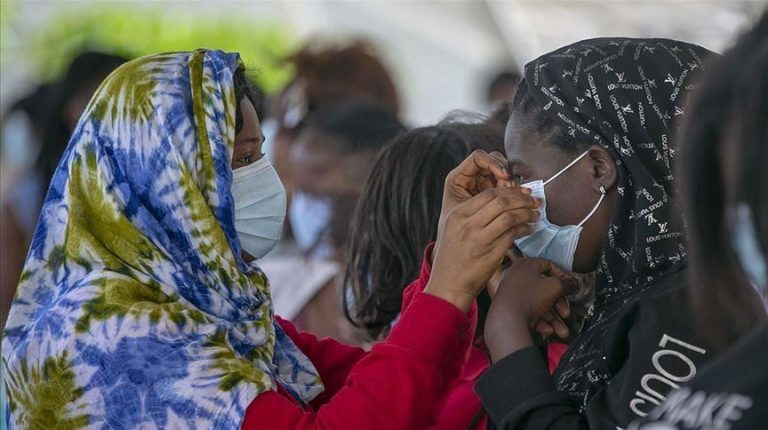 The World Health Organization (WHO) launched on Friday a major awareness campaign called “The Correct Use of Protective Masks” to contain the spread of COVID-19 in Guinea-Bissau.

This campaign involves about 300 religious and traditional leaders who would contribute to raising awareness among their communities about the wearing of masks and the correct use of face masks.

Since the authorities decided that the wearing of masks is mandatory in public places and transport, some residents of the capital city of Bissau refuse or neglect to abide by this measure.

In public places, such as markets, recreational areas, as well as streets, masks are poorly worn by locals, regardless of the risk of contamination.

It was reported some people lower their masks under their noses and others put it down to their necks.

“Those who neglect to wear their masks properly risk contracting easily the virus,” said Mario Mboma, an infectious disease specialist. He urged the public to “be cautious and use the masks properly.”

In Bandim market, the largest in the Bissau-Guinean capital, many visitors and vendors neglect to wear their masks properly, according to local correspondent.

“This indifference is explained by the fact that some Bissau-Guineans think that the virus has already gone,” Fatumata Djalo, a fruit seller, told Xinhua.

This is also the case on the streets of the capital where “masks are starting to fall.”

According to Mboma, this type of behaviour “is unacceptable and inappropriate if we want to contain the spread of the virus.”
Recently, the authorities have threatened severe sanctions against those who do not comply with the measure of wearing masks or those who fail to wear masks properly.

In addition, WHO officials in Guinea-Bissau guaranteed that the awareness campaign would help people understand the importance of “properly wearing the mask in public places and transport.”

“Sometimes, people neglect things because they don’t understand the importance,” a WHO official told Xinhua, adding that “in rural areas, many people have been infected because they don’t know the barrier measures to prevent disease.”

In Safim, a suburb about 14 km from downtown Bissau, the local community is complaining about the lack of information on prevention measures, said Antonio Ca, the town’s traditional leader.

The same warning calls are heard in the Guinea-Bissau Gabu region, eastern part of the country, where the incorrect use of the mask has been noted by health authorities.

The awareness campaign is quite in time, because it will help inform the public of the importance of wearing the protective masks properly in public places and transport, a health official said.