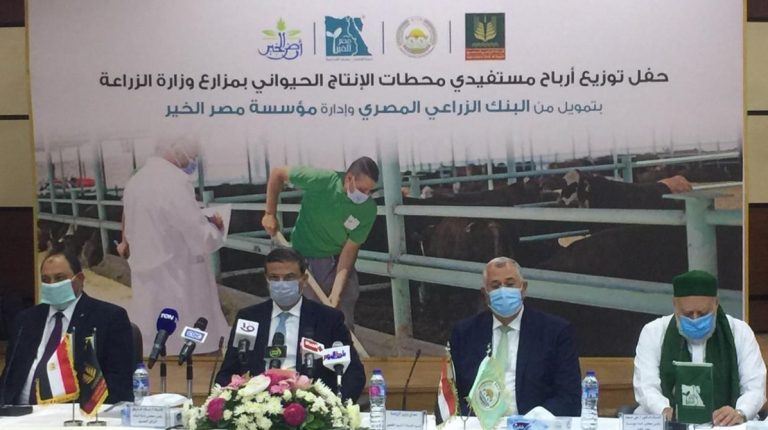 The Agricultural Bank of Egypt (ABE) has provided a total of EGP 2bn in finance to Egypt’s national livestock project, according to the bank’s Chairperson Alaa Farouk.

The financing comes as part of the great importance the bank attaches to developing the country’s livestock sector and raising its production efficiency.

Farouk added that the bank also sees value in financing such projects in the sector, especially small- and medium-sized enterprises (SMEs) operating in livestock activity.

He explained that this comes in line with directives issued by President Abdel Fattah Al-Sisi, and to implement the state’s expansion policy and for the development of this important sector.

Farouk added that the bank has doubled the amount of funding available for the national veal project, after being given Central Bank of Egypt (CBE) approval. This has been provided in coordination with the Ministry of Agriculture, bringing the size of the bank’s financial portfolio in this project to over EGP 2bn.

Farouk’s remarks came during an ABE-hosted ceremony distributing the profits from the beneficiaries of animal production stations at farms under the Ministry of Agriculture’s direction. These beneficiaries received funding from the ABE, with the Misr El-Kheir Foundation taking over the financing’s management and operation.

During the ceremony, Farouk emphasised that his bank is working on the issue of youth employment, and is cooperating with all the relevant authorities in Egypt to create youth job opportunities. At the same time, the ABE has set aside a tranche of financing, as a top priority, for small projects set up and run by young entrepreneurs.

Farouk pointed out that the bank has an extensive, nationwide network with which it can take immediate measures that allow funding for young people to implement their projects and develop their businesses. This network was set up as an initiative to support small business owners, young graduates, small farmers and rural women.

He emphasised that under the leadership of its Governor, Tarek Amer, the CBE has leant significant support to companies and small enterprises through the initiative.

It also grants credit facilities to small enterprises at a simple decreasing interest rate of 5%, including those working in the agricultural and livestock fields.

ABE has also grant funding to other projects under an initiative to develop farms in partnership with the Ministry of Agriculture. These farms focus on animal production, and are located in the governorates of Gharbeya, Damietta, Beni Suef, and Beheira.

Farouk added that the ABE has provided about EGP 120m to 300 beneficiaries under this project.

He also explained that the bank is working hard to achieve the state’s vision for financial inclusion. Therefore, the bank was keen to issue a prepaid “Meeza” card to all beneficiaries of this project, and they have received their profits after depositing them via their cards.