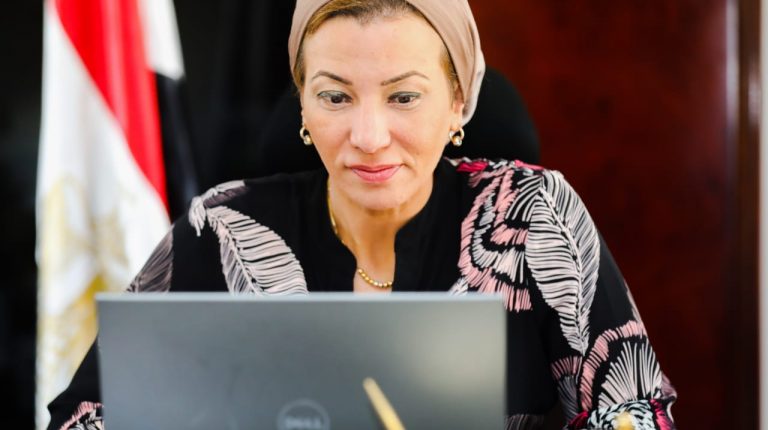 Egypt’s Minister of Environment Yasmine Fouad held discussions, on Sunday, with Alok Sharma, President of the 26th session of the UN’s Climate Change Conference of the Parties (COP 26).

During the virtual meeting, the two sides discussed the need for a “green recovery” strategy as one of the solutions to face the novel coronavirus (COVID-19) pandemic.

Both Fouad and Sharma agreed to exchange views on the preparations for the climate change conference, which was delayed to December this year, on the occasion of the fifth anniversary of the Paris Agreement.

Fouad highlighted Egypt’s interest in environmental issues, saying that “there is no investment, sustainability, or progress without setting the environment as an important priority in the country’s development projects”.

This will be taken into account by setting environmental, or green, standards in Egypt’s investment plan for projects. It will take place in cooperation with the Ministries of Planning, and Finance, regarding offering green bonds in the form of projects.

According to a Ministry of Environment statement, Egypt has put in place a plan spanning over three years to ensure an increasing number of national projects, through the Ministry of Planning, are based on green standards.

A total of 30% of the current year’s national projects have put in place green standards, a figure that will rise to 60% next year. This is set to rise again in the third year, to see 90% of projects undertaken according to environmental standards.

The alliance has also undertaken the necessary political mobilisation for adaptation issues, with the mobilisation of financial resources in the hands of international financing bodies, such as the Green Climate Fund and the Global Environment Facility.

For his part, Sharma hailed the Egyptian government’s environmental strategy, which is integrating the environmental aspect into its developmental plans.