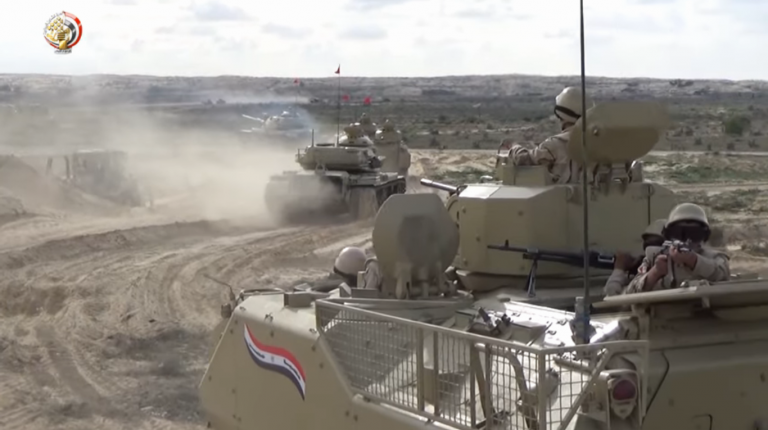 Egypt’s Armed Forces have neutralised a total of 73 Islamist militants during sweeping operations in North Sinai as part of the country’s comprehensive counter-terrorism campaign, a military spokesperson statement announced on Sunday.

Three officers and four soldiers were killed and injured in these operations, the statement added. Those militants were killed in action during operations, although no further details were given.

A variety of weapons, mortar bombs, ammunition, explosive devices, and communication devices were confiscated by the Armed Forces during the operations. A total of 317 dens were destroyed, all of which were used by the militants.

Military aircraft in the Western Desert also destroyed nine four-wheel drive vehicles used by terrorist elements. A militant was injured in the strike, and he is currently receiving hospital treatment, the statement added.

Since October 2014, a state of emergency has been imposed in North Sinai. In February 2018, Egypt’s army and police forces launched a comprehensive campaign to confront militants in Central and North Sinai, the Nile Delta region, and the Western Desert.