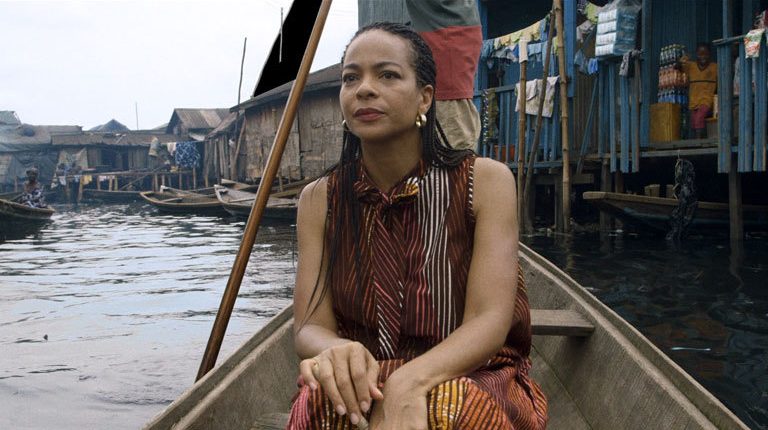 The location is Makoko, a popular floating slum in the centre of one of the most popular districts in the Nigerian city of Lagos.

The mission is to create a theatrical show that combines local women and Nollywood actresses, in a work that encourages women’s empowerment in marginalised areas.

The principal player is simply known as Mrs F, a theatre director who decides to put on a community performance of her hit show, to challenge the male-dominated status quo.

The goal, is to create a better Nigeria, one community at a time.

The film, Mrs F: Mission Impossible in Makoko intersects between different disciplines and areas of activism, such as feminism, art, urban settings and visual anthropology. The urban setting of Makoko is strange, a floating slum on the Lagos lagoon, with houses built on stilts atop polluted waters.

With most of the residents dependant on fishing to earn a living, viewers see a community that is organised, which has its own rules enforced by the domination of thugs called “Kings” and pastors of the church. Patriarchy is fully in place.

This setting makes Mrs F’s mission quite the challenging one. To make any progress, she must first negotiate with the men who are at the helm of affairs.

As she goes about this, Mrs F has a dispiriting conversation with an Uber driver, who attempts to discourage her, stating that “there are other proper areas where you can go”. After he learns of her task, he dismisses her efforts with the words, “nothing is going to change”.

But Mrs F doesn’t take this lying down. Instead, she persists. She goes about her mission, giving gifts, and even bribing the gatekeepers, in order to secure their cooperation. She selects some of the local women from the area, and trains them on how to put on a show, including guiding them on the logistics of working on a floating theatre.

The camera depicts not just the challenges that go into putting on the show, but also the daily lives of women in Makoko. The director is interested in their everyday struggles against toxic masculinity, highlighting the small ways they learn to push back against the status quo.

This depiction adopts a direct cinema approach where everything is in close up, without any external judgment from the filmmaker.

It isn’t really clear if the impact that Mrs F has made is sustainable. Changes like the one she advocates do not arrive in a day or two.

But at least the participants can claim to have grown more confident about their dreams. At least one of the women challenge authority, and audiences get the sense that the journey to sustainable change is only just beginning.

This story emanates from the Talent Press, an initiative of Talents Durban in collaboration with the Durban FilmMart. The views of this article reflect the opinions of the film critic, Mohamed Tarek. The Durban Talent Press 2020 is mentored by Djia Mambu and Wilfred Okiche.