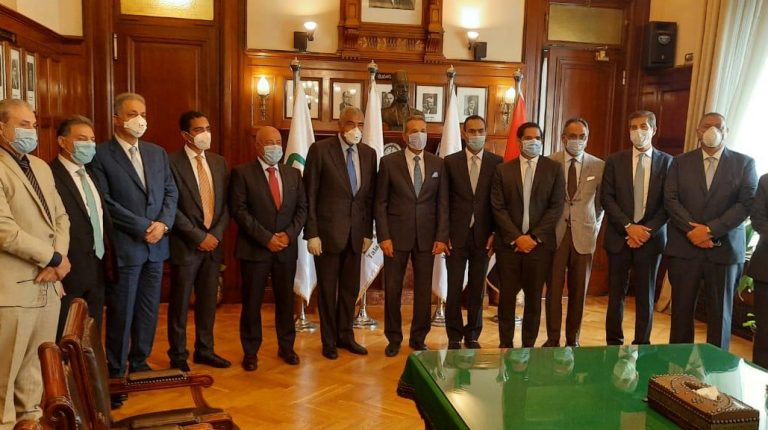 The National Bank of Egypt (NBE) and Banque Misr have signed an EGP 4bn strategic partnership with Talaat Moustafa Group (TMG) subsidiary, the Arab Company for Projects and Urban Development.

The agreement will see the Arab Company for Projects and Urban Development develop projects at the company’s two residential cities of Rehab and Madinaty.

TMG CEO and Managing Director for the Arab Company for Projects and Urban Development, Hisham Talaat Moustafa, praised the vital role played by Egypt’s banking sector in general, and the NBE and Banque Misr in particular, in supporting Egypt’s real estate sector.

The strategic partnership with TMG will allow the Arab Company for Projects and Urban Development to develop projects spanning a total of over ​​341,000 sqm in both Rehab and Madinaty.

These will take place with investments worth a total of EGP 4bn in favour of one of the investment companies owned by NBE and Banque Misr. This fund will be allocated to the establishment of residential, commercial and administrative projects, in line with the general plan established for the two cities, Moustafa noted.

“This partnership is served by the experiences of Egypt’s two largest banks, as well as those of TMG, which is the most prominent real estate developer in Egypt and the Middle East,” Mostafa said. “Moreover, the TMG’s assets amount to more than EGP 102bn, making it the fifth-largest Arab real estate company, according to Forbes 2020 ranking. Therefore, these experiences guarantee this partnership with the highest rates of success.”