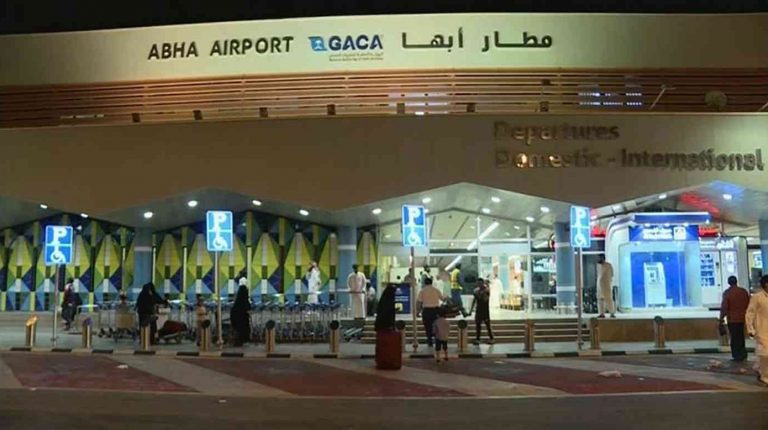 Egypt has condemned an attempted attack, on Sunday, aimed at Saudi Arabia’s Abha International Airport, which was carried out by Yemen’s Iran-backed Houthi movement.

The drone loaded with explosives was intercepted and destroyed by the air defence forces of the Saudi-led coalition in Yemen, before reaching its target, according to a statement from the coalition.

“As a result of the interception and destruction, some shrapnel fell on the airport, without injuries or damage reported,” the statement read.

In a statement on Sunday night, Egypt’s Ministry of Foreign Affairs extended its support for the Saudi measures to protect its national security.

Egypt has repeatedly stressed the need to respond to all ceasefire calls in Yemen, in order to reach a settlement in accordance with the relevant references. It has encouraged a particular emphasis on the Gulf Cooperation Council (GCC) initiative, alongside the outcomes of the comprehensive national [Yemeni] dialogue, and the UN Security Council Resolution 2216.

Yemen has been overwhelmed by political turmoil since March 2015, following the Iran-backed Houthi movement’s September 2014 coup declaration against the internationally supported government.

Saudi Arabia has since formed the Coalition for Supporting Legitimacy in Yemen in response to the situation in its southern neighbour, and with which it shares an extensive border. The Saudi coalition includes a number of the Gulf country’s allies, including the UAE, Jordan, Bahrain, Pakistan, Djibouti, Sudan, Senegal, Kuwait, and Egypt.

Meanwhile, the Saudi-led coalition announced that it destroyed an explosive boat remotely controlled by the Houthis in the southern Red Sea.