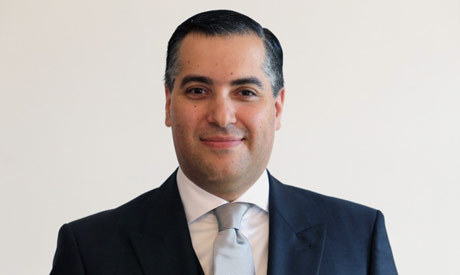 Lebanon’s Ambassador to Germany Mustapha Adib was appointed as the former’s new Prime Minister, on Monday, hours before the French President Emmanuel Macron’s visit to Beirut.

Adib, who holds a PhD in Law and Political Science, has been the Lebanese envoy in Berlin since 2013. His nomination as Prime Minister was approved by the majority of the Lebanese Parliament (MPs), including the Iran-backed Islamist party, Hezbollah, and the party of former Prime Minister Saad Hariri.

In a televised speech following his nomination, Adib said “There is a need to form a government in record time, and to begin implementing reforms immediately, starting with an agreement with the International Monetary Fund (IMF).”

He also vowed to swiftly launch a reformist government, and seek international financial assistance after the Beirut Port blast of early August deepened the country’s political and economic crisis.

His tenure in the Lebanese parliament will not be his first brush with the country’s politics, having previously served as an adviser to former Prime Minister Najib Mikati.

Macron is due to arrive in Lebanon late on Monday, and is scheduled to meet with Lebanese politicians on Tuesday. He is set to kick off his trip to Lebanon with a visit to the cultural icon and singer, Fairuz.

The French President has headed the international efforts to address the Lebanese financial crisis, which had sent the latter country’s economy into freefall even before the Beirut Port blast on 4 August.

Days after the blast, Macron and the UN co-hosted a virtual donors’ conference to solicit international aid for Lebanon.

The Lebanese Presidency announced on Monday that President Michel Aoun had summoned Adib to assign him to form the new government. The previous government, led by Hassan Diab, resigned on 10 August following the port blast.

The explosion has been linked to official neglect of over 2,700 tonnes of highly explosive ammonium nitrate, which had been improperly stored at Beirut’s port for six years.

“The most dangerous thing that the port disaster revealed is the total collapse of the political and economic system’s structure,” Berri said, shortly after Adib’s appointment as Prime Minister.

He added, “Therefore, there must be a change to this confessional system, which is the cause of all ills.”