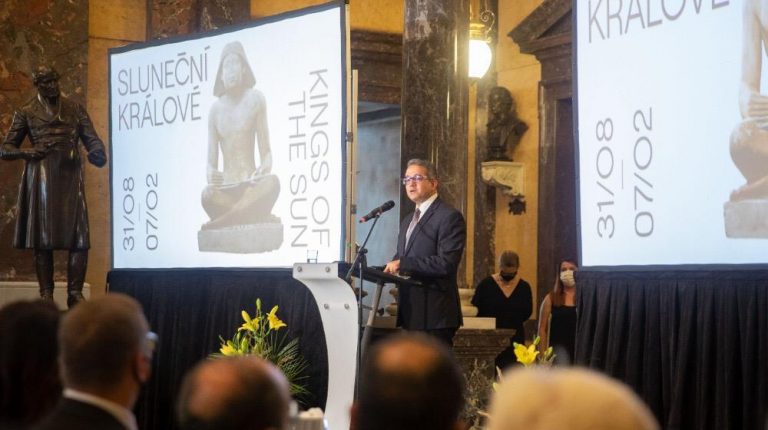 Egypt’s Minister of Tourism and Antiquities Khaled Al-Anani joined the Czech Republic’s Prime Minister Andrej Babiš and Minister of Culture Lubomír Zaorálek, on Sunday, to inaugurate the “Kings of the Sun” archaeological exhibition in Prague. 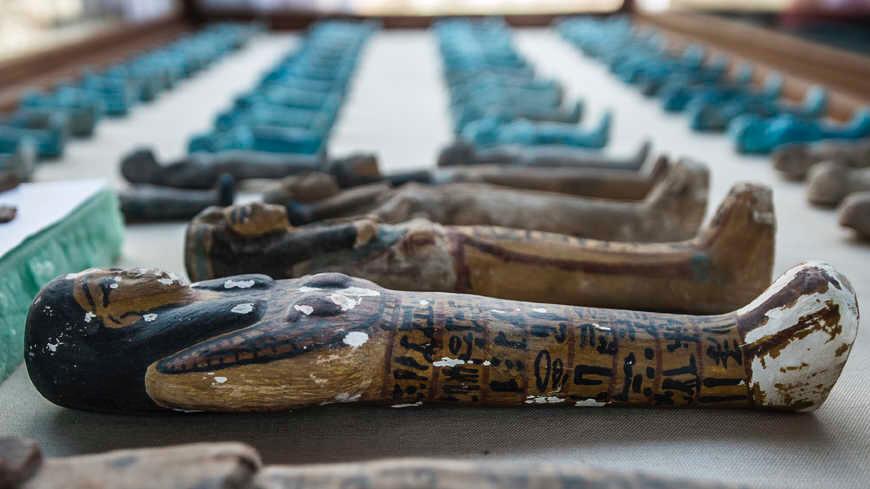 The opening of the exhibition at the National Museum in the Czech capital coincides with the 60th anniversary celebration of the Eastern European country’s archaeological work in Egypt.

During his speech, Babiš referred to of the deep multi-sectoral relations between his country and Egypt, including in tourism and archaeological work. He extended his thanks to the Egyptian government for its cooperation on organising and establishing the exhibition, particularly in light of the difficult circumstances posed by the novel coronavirus (COVID-19).

Babiš also stressed the exhibition’s importance as the first, and largest, to feature Egyptian antiquities in Prague.

During his speech, Al-Anani pointed to the five-year long preparations that were undertaken for the exhibition, and referred to the great efforts made by both sides to fulfil the exhibition despite the global pandemic. 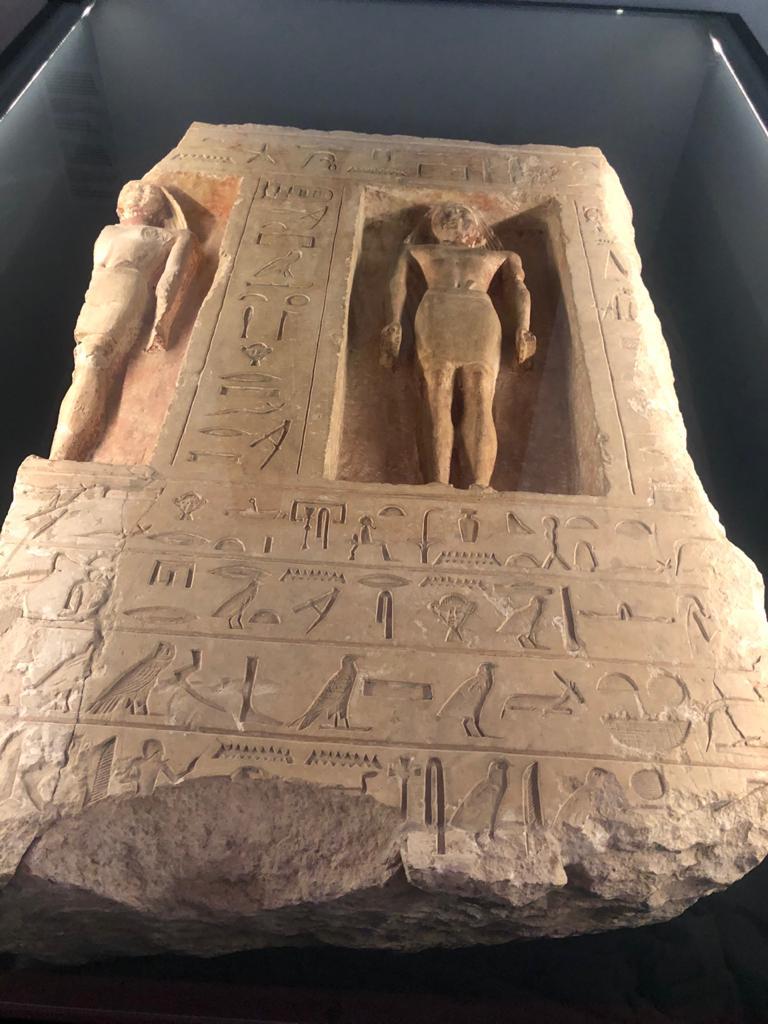 He explained that the exhibition offers its visitors a small glimpse into the Egyptian civilization, and will act as the starting point to encourage more visitors to Egypt.

The minister pointed out that the pieces on display at the exhibition, which is considered the first exhibition of Egyptian antiquities in the Czech Republic, had never left Egypt before. Following their first trip as part of a temporary exhibition, the items will be placed on display at the soon-to-be-opened Grand Egyptian Museum (GEM) in Cairo.

After the exhibition’s opening, a tour inside the museum was organised for the attendees to view the ancient artefacts.

The exhibition presents 90 artefacts that were uncovered during excavations by the Czech archaeological mission’s digs in Abu Sir. Among the exhibits are the head of a statue of King Ra-Nefer-F, and a group of statues from the Old Kingdom. The latter include a statue of a scribe, statues of senior statesmen and officials, and a group of canopic jars, in addition to ten faience Ushabti statues.

The exhibition, which is expected to attract more than 300,000 visitors, is scheduled to last for six months, until February 2021.

Al-Anani touched on the important archaeological and tourism projects that Egypt is set to undertake during the coming period, including the GEM project which is due to open in 2021. This is in addition to the opening of the National Museum of Egyptian Civilization in Old Cairo, and the majestic procession the ministry will organise to transfer the royal mummies from the current Egyptian Museum in Cairo’s Tahrir Square to the National Museum of Egyptian Civilization.

He also referred to the return to Egypt of artefacts belonging to the Boy King Tutankhamun, following the end of their foreign tour which began in 2018. Their return will follow the third stop of their temporary exhibition in London, following stops in Los Angeles and Paris. 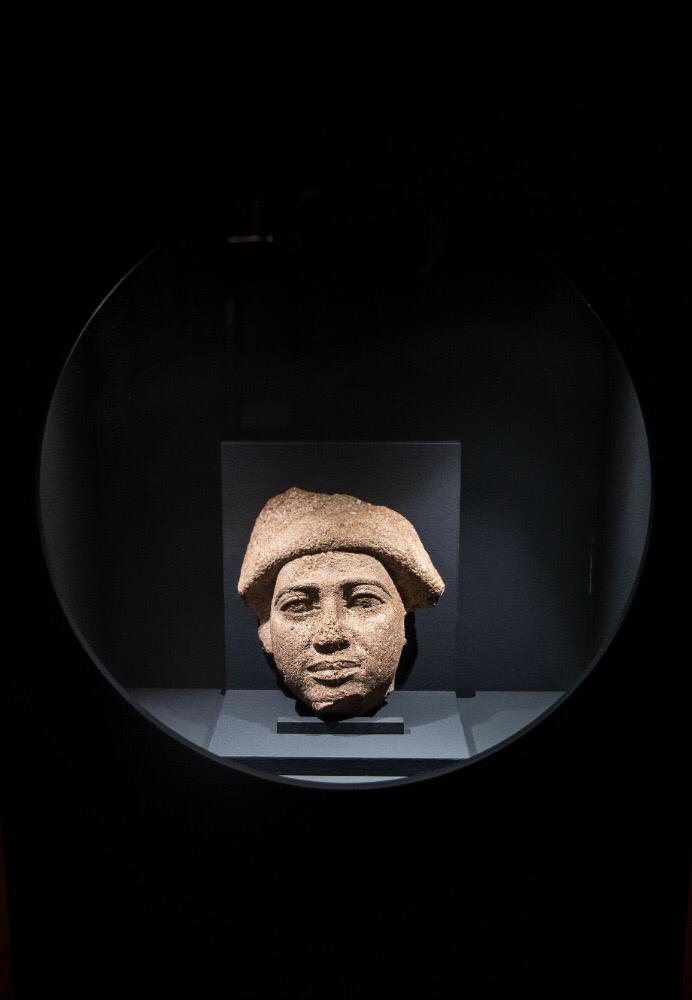 Al-Anani added that 10 of these artefacts will be temporarily exhibited at the recently re-opened Hurghada Museum. A further 10 items will be put on temporary display at the Sharm El-Sheikh Museum, which will be opened at the end of this year.

The temporary displays have been designed to promote visits to the two museums, whilst allowing visitors to Hurghada and Sharm El-Sheikh to see part of the Pharaoh Tutankahmun’s treasures.

People to share their ‘COVID-19 dreams’ at Museum of London