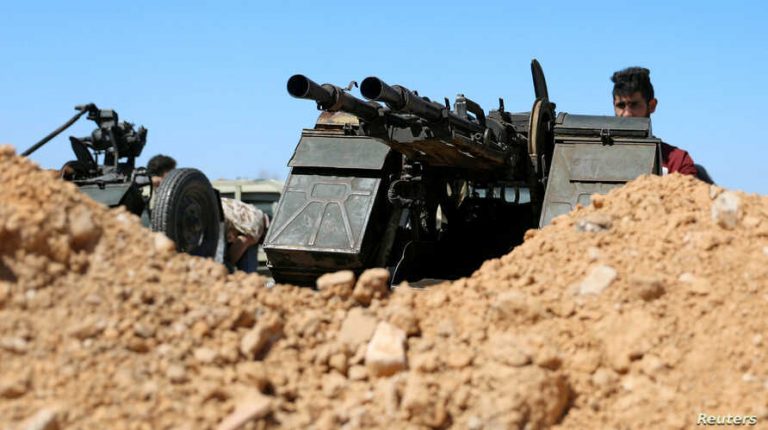 The EU countries of Germany, France, and Italy have concluded an agreement imposing sanctions on countries that violate the UN arms embargo in Libya, Germany’s Foreign Minister Heiko Maas announced on Monday.

In a similar context, Maas said that the EU will not accept a destabilisation of the Eastern Mediterranean, amid the ongoing escalation of tensions in the region. He added that there is a chance to resolve the crisis before 24 September.

The EU is scheduled to hold a summit on 24 September, at which it is expected to discuss possible sanctions and deterrent measures against Turkey over its illegal activities in disputed Eastern Mediterranean waters.

Also on Monday, the EU Commission called for dialogue with Turkey, whilst also encouraging Ankara to refrain from taking unilateral moves in the Eastern Mediterranean.

The EU’s foreign policy chief, Josep Borrell, said that he informed Turkish Foreign Minister Mevlüt Çavuşoğlu with the conditions of the EU to ease tensions in the Eastern Mediterranean and to avoid imposing sanctions on Ankara.

Regarding the crisis in Libya, Maas visited the country’s capital, Tripoli, two weeks ago and met with Government of National Accord (GNA) Head Fayez Al-Sarraj, as well as other GNA officials. Maas discussed with the Libyan officials “ways out of this very dangerous situation and press, not least, for the establishment of a demilitarised zone around Sirte.”

On the same day, Turkey and Qatar’s respective Ministers of Defence also met in Tripoli with the GNA officials.

A week later, Libyan Parliamentary Speaker Aguila Saleh and Al-Sarraj announced, in separate statements, a coordinated ceasefire across Libya, and called for parliamentary and presidential elections.

The UN has already denounced the UAE and Turkey, following a report it published in 2019 showing the two countries’ governments violated the arms embargo imposed regarding the conflict in Libya.

The UAE has provided the Libyan Arab Armed Forces (LAAF) with drones, the UN said. However, the UAE denies sending arms to the North African country, asserting its commitment to the UN resolution and to the political path as the only way out from the Libyan crisis.

Meanwhile, Turkey has reportedly provided the GNA with drones and air defence systems, weapons, as well as thousands of foreign mercenaries.

Since 2014, Libya has been split between two parties: the GNA backed by Turkey, and the LAAF supported by Egypt, the UAE, and Russia.