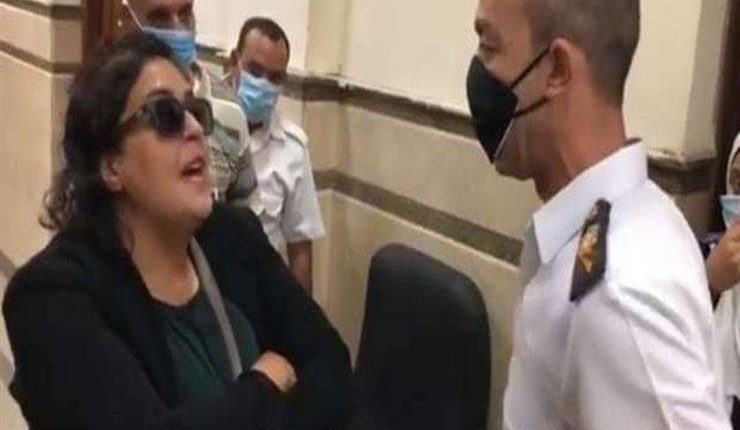 The Nozha Public Prosecution ordered, on Monday, the release of a woman accused of assaulting a police officer while he was on duty at the Heliopolis Court. The accused was released on a bail of EGP 2,000.

Investigations revealed that a quarrel took place between the woman and the police officer, and that she verbally abused him before violently removing his shoulder badge.

The Pubic Prosecution office said in a statement that it decided to release the woman after it had learnt that she “suffered mental health issues.”

The prosecution questioned the police officer who said that she “used her cell phone to take photos of the employees at the court while they were on duty, and when he told her that such an act is not permitted, she assaulted him,” the statement added.

The woman denied charges of assault, saying she was in the court to file a complaint and that when she met the officer he “made up the quarrel and confiscated her cell phone, therefore she reacted like it appeared in the video,” the statement continued.

The prosecution added that the investigation is ongoing.

A video that went viral online showed the police officer requesting the woman’s ID, whilst referring that she was not wearing a face mask. He also accused her of using her cell phone to illegally capture photos inside the court.

The officer told her that if she did not show her ID, he would put her in detention. The woman verbally abused him before he confiscated her cell phone, with the accused then removing the officer’s shoulder badge following the altercation.

During the quarrel, the woman claimed she was affiliated with the United Nations (UN).

Meanwhile, the UN in Egypt released a statement, on Monday, rejecting “any violation conducted under its name.”

It stressed that “under the Charter of the United Nations, there are no privileges or immunities that exempt its employees from observing the laws and police regulations in the host country.”

“The UN and its employees affirm their full commitment to the laws of Egypt, and their respect for the country’s state agencies and employees performing their duties,” the statement added.

Local media reported later that the woman works as a deputy general at the Administrative Prosecution Authority (APA).

In a statement on Monday, a spokesperson for the APA said that they have initiated an investigation into the incident.