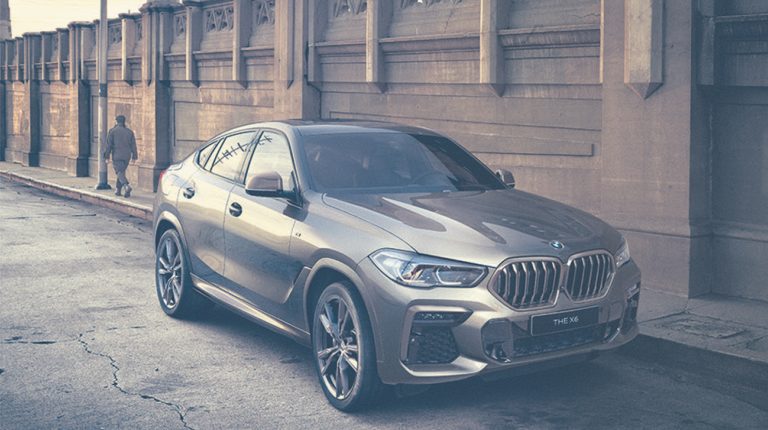 The Bavarian Auto Group recently announced the opening of reservations for the 2021 model BMW X6 M50i, which is assembled in Egypt. The model, which will set customers back EGP 2.225m, will be officially launched in the local market in early September 2020.

The group has been seeking, since it acquired the BMW car dealership, to support the localisation car assembly and manufacturing in Egypt, by establishing an assembly plant for BMW brand cars in 6th of October City.

The plant includes three production units with an annual capacity of 10,000 units, while the operating capacity stands at 4,500 cars annually, representing 45% of the group’s total power.

The factory is built on an area of 40,000 sqm, and includes administrative buildings, warehouses, a welding department, a painting and assembly department, testing and quality review departments, among others.

The Bavarian Auto Group was established in March 2003 with investments of $300m, as the sole and exclusive importer of BMW and Mini Cooper cars in Egypt. It holds the exclusive rights to import, assemble, and distribute vehicles for these two renowned brands, as well as for providing after-sales services.

Through the Bavarian Auto Group factory, a number of models are assembled inside Egypt, of which at the forefront are the BMW X categories.

The decision to compile this list comes as a new confirmation from BMW and the Bavarian Auto Group of their confidence in the Egyptian economy. This has been illustrated by the continuous investments in the Bavarian Group’s plant in 6th of October City over the past few years, with the factory receiving many investments and expansions to equip production lines. The investments and continuous developments also confirm the group’s commitment to its customers by providing cars quickly to meet the growing demand.

Despite the challenges facing the Egyptian auto market, especially after the spread of the novel coronavirus (COVID-19) pandemic, the Bavarian Auto Group has presented many models during 2020. It also plans to introduce two models for the first time, which will be revealed this year.

It has launched a number of new models such as the BMW X5 M50i, BMW 2 Series Grand Coupe, and BMW X7.

The X6 is presented in cooperation with the M Performance M50i model, as part of the great success achieved with all models presented under M Performance, starting with the X3, X7, X5, and finally X6.

The new BMW X6 G06 comes with a 4,400 cc 8-valve engine, generating 530 hp and a maximum torque of 750 Newton-metres. It is connected to an eight-speed Steptronic transmission with the ability to convert to a manual transmission. The new BMW X6 G06 accelerates from 0 to 100 km/h in 4.3 seconds.

The interior equipment of the car reflects a range of luxuries, such as comfortable seats for the driver and front passenger, a leather dashboard, four-port automatic air conditioning, and a 16-speaker audio system. It also boasts central automatic door closing, a 12.3-inch touch screen connected to the phone with the Apple Car Play system, as well as a display system for vehicle information on the windshield. This is alongside a 12.3-inch data screen, navigation, BMW IPA intelligent assistance system, keyless engine management, sun visor, two 10.2 inch rear-seat entertainment screens, and an ashtray.