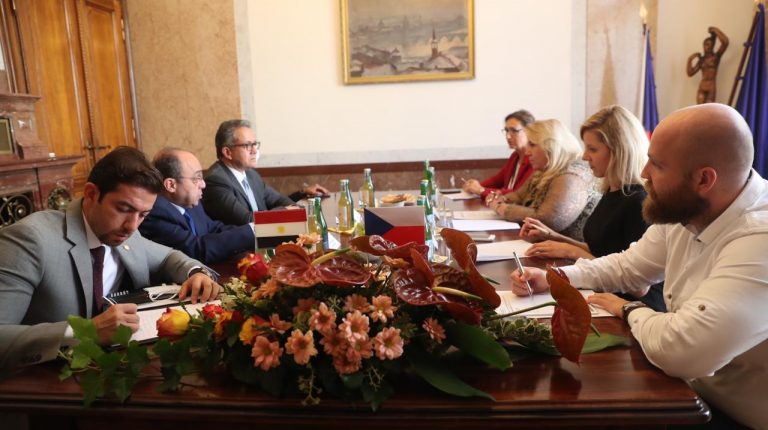 Egypt ranked as third top destination among Czech tourists, behind Croatia and Greece, receiving about 300,000 tourists from the Czech Republic in 2019, according to Egypt Minister of Tourism and Antiquities Khaled Al-Anani.

Al-Anani added that Czech visitors to Egypt tended to travel to the Red Sea and South Sinai governorates.

The minister’s remarks came during his official visit to Czech capital, Prague, to open the “Kings of the Sun” exhibition. Al-Anani also held a number of high-level meetings, including with Czech Prime Minister Andrej Babiš, and Klára Dostálová, Minister of Regional Development who is in charge of the country’s tourism file.

During the ministerial-level meeting, the two sides discussed ways of enhancing cooperation between the two countries in the fields of tourism and antiquities.

The meeting were attended by Egypt’s Ambassador to the Czech Republic Said Hindam and Assistant Foreign Minister for European Affairs Badr Abdel-Aty.

During the meeting, Al-Anani reviewed the precautionary and preventive measures Egypt has put in place due to the novel coronavirus (COVID-19) pandemic.

At the same time, the minister reviewed how these health and safety measures will affect the resumption of foreign tourism movement coming to Egypt, in order to protect tourists and tourism sector workers.

The Czech side praised the Egyptian government’s precautionary measures, and health and safety controls, to ensure inbound tourism can resume. They also highlighted that Czech citizens have an interest and passion for Egyptian beaches.

Egypt to offer exceptional aid to over 12,000 tour guides amid COVID-19