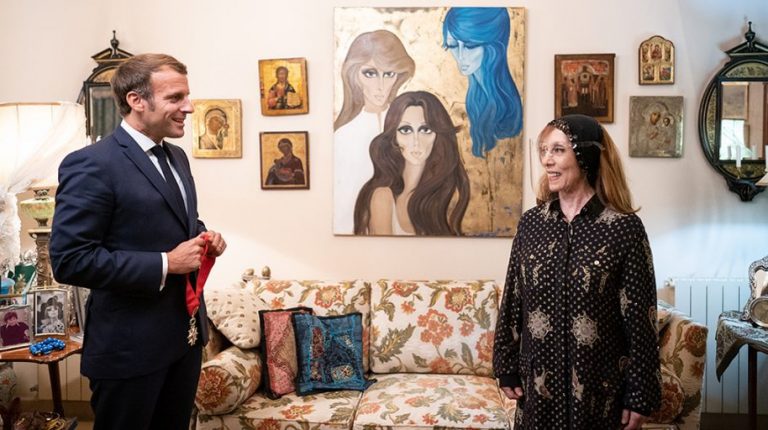 Tweeting in Arabic and French, Macron said, “Liberty, dialogue, and coexistence. Lebanon finds strength in these values, strength in the centennial history of Greater Lebanon.”

Lebanon “will rise again from the crisis it is going through,” the French president asserted, adding, “I say so in the name of the French: We will always stand alongside the people of Lebanon.”

Visiting Lebanon for the second time in less than a month, Macron marked the country’s centenary by planting a cedar tree, the nation’s emblem, at a forest reserve north of Beirut. He was also due to tour Beirut’s devastated port, and hold talks with the leaders of Lebanon’s political factions.

In a statement released by the Elysée Palace, Macron planted the tree to show his “confidence in the future of the country”.

It is important to note France’s history in Lebanon, a country whose borders were proclaimed by the European country 100 years ago, as part of an imperial carve-up with Britain. Lebanon only gained its independence from the French colonial power in 1943.

Speaking to reporters, Macron said France was ready to host an international conference, in mid-October, on how to help Lebanon, calling the next six weeks “crucial” for the country’s future.

He asserted that “truth of the numbers” in the Lebanese banking system needed to be known, so that judicial action could be taken. Macron also said that Lebanon was suffering from a crisis across its entire banking system.

The French President began his visit to Beirut on Monday by meeting one of the Arab world’s most famous singers, Fairouz.

Upon Macron’s arrival, Lebanese people had gathered outside Fairouz’s home with placards reading “No cabinet by, or with, the murderers” and “Don’t be on the wrong side of history!”

Heading to Beirut, Macron called for the speedy establishment of a new government in Lebanon. He also warned the country’s politicians of risking sanctions if they fail to set the nation on a new course within three months.

He told POLITICO magazine that the next three months will be “fundamental” for bringing about change in Lebanon, but if no change is forthcoming, punitive measures might ensue.

Macron explained that such possible punitive measures could range from withholding bailout money, to sanctions on the ruling class. He added that he is making a “risky bet” by working to avoid a political collapse in Lebanon, and that he is putting the only thing he has on the table, which is his political capital.

Macron said he was seeking “credible commitments” and “a demanding follow-up mechanism” from Lebanon’s leaders, including a legislative election in 6 to 12 months.

During his visit Macron also met with representatives of Iran-backed Hezbollah despite it being on a US terror list. He justified his openness to “talk with everyone”, including Hezbollah, by saying the Iran-backed group is “a political force that is represented in parliament”.