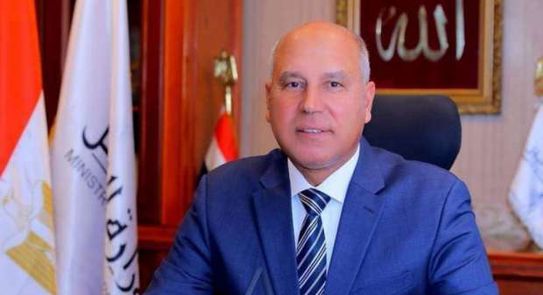 El-Wazir clarified that the station’s location will mean a decrease in the overcrowding at Cairo’s main railway station in Ramses Square.

The minister said that Egypt’s total population has increased from 4 million in 1856, when the Ramses Station was established, to about 100 million in 2020. He noted that projections show the country’s population is expected to rise to 110 million in 2024.

“A total of 1.5 million commuters are expected to be transported per day via Egypt’s railways,” El-Wazir said, “Therefore, this required an urgent plan to deal with this crowd.”

He clarified that selecting Bashtil as the location for the new station, the main train workshops, and a comprehensive maintenance centre, is due to the region’s potential. This includes its location, both as a halfway point between the Ramses and Giza railway stations, and in Giza governorate, which is regarded as the gateway to Upper Egypt.

The minister added that Bashtil is also the meeting point for Egypt’s main transport links, including Cairo’s underground metro system, the 6th of October Monorail, and bus lines.

Bashtil is also located on the four main road systems that facilitate movement in and around Cairo, namely: the Al-Zomor Canal Corridor; the Sudan Street Corridor; the Ahmed Orabi Corridor; Airport Street; and the 26th of July Corridor.

El-Wazir explained that the station at Bashtil will include a main station building with cafeterias, restaurants, a commercial mall, administrative offices, and a 4-star hotel.

There will also be a large residential project consisting of 28 buildings, including a basement, garage, and a ground floor. The first floor will cater to commercial units, whilst the second and third floors will cater to administrative units, and the other seven floors will be residential.

He pointed out that the Aswan-Alexandria trains, which pass through all governorates in Lower and Upper Egypt, via Cairo’s Ramses Station, will not be cancelled.

El-Wazir said that a proposal is being considered that will provide commuters coming from Upper Egypt to Bashtil with a discount on metro and monorail tickets.