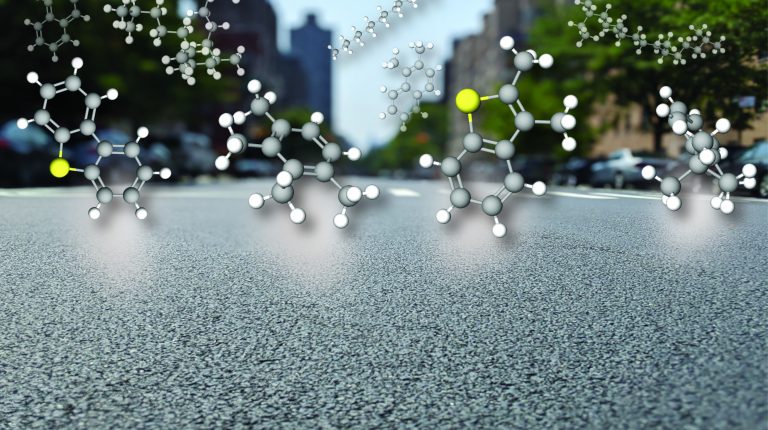 A new study has found that asphalt is a significant source of air pollutants in urban areas, especially on hot and sunny days.

Chemical emissions from the near-ubiquitous substance rarely figure, however, in urban air quality management plans, despite its being in roads, on roofs and in driveways.

The study conducted by a team of researchers at Yale University, and which was recently published in Science Advances, looked at summertime conditions in California’s South Coast Air Basin. It found that emissions from asphalt produce greater quantities of secondary organic aerosols with public health effects than on-road gasoline and diesel motor vehicles combined.

The findings point to asphalt as a significant contributor to some types of air pollution, although one that generally flies under the radar. The industry states that emissions after application are negligible due to the manufacturing process, and emissions from asphalt binder, which holds the material together, are not typically included in inventories.

The researchers found that asphalt emissions are at their greatest during hot, sunny weather. This indicates that the material releases more secondary organic aerosol precursors into the air during the summer months than at any other time during the year.

The researchers note that emissions from motor vehicles are likely to decrease in the years ahead as the most egregious polluters are phased out. However, they also noted that asphalt emissions may exert a greater impact, as urban areas expand and climate change drives temperatures higher.